ACLU to Justice Department: Don't Give Money to LAPD For Body Cameras 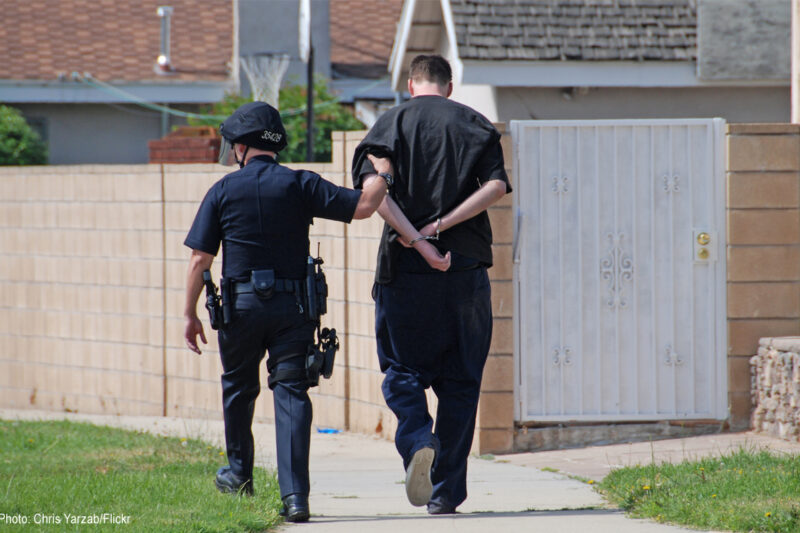 The ACLU of Southern California asked the Department of Justice today not to provide grant money to the Los Angeles Police Department for body cameras, because the LAPD’s policy for the cameras is so poor.

In particular, as the letter states, the policy “does not promote—and in fact undermines—the goals of transparency, accountability and creation of public trust that body cameras should serve.” The letter continues:

We believe that the policy LAPD ultimately adopted to govern body cameras suffers from such serious flaws that we oppose the use of body cameras under its terms. By withholding video from the public, requiring officers to review video before making statements in use of force and misconduct investigations, and failing to include protections against the use of body cameras as general surveillance tools, LAPD’s policy provides no transparency and threatens to taint the integrity of investigations and undermine the public trust.

The ACLU has said since the beginning that we support body cameras provided that they are deployed with good policies that will ensure they actually live up to their potential as a tool for increased police transparency and accountability.

In December 2014, in the wake of the Ferguson and Eric Garner protests, President Obama announced a plan to dedicate $75 million towards police body cameras. In May, the DOJ announced that it would tie funding for the cameras to good policies. “Successful applicants must demonstrate a commitment and adherence to a strong BWC [body-worn camera] Policy framework,” the DOJ proclaimed, adding that “policies and practices should at a minimum increase transparency and accessibility” and “provide appropriate access to information.”

The LAPD is now applying for grant funds from the DOJ program. The problem is, as the ACLU SoCal letter puts it:

The body camera program implemented by LAPD’s policy is very different from the kind of program contemplated by the DOJ. Nationally, both the White House and the President’s Task Force on 21st Century Policing have cast body-worn cameras as tools for improving transparency, trust, and oversight…. The policy adopted by LAPD explicitly sets out a very different set of objectives which nowhere mention as goals increasing transparency and public trust.

The letter also points out that the process by which the LAPD adopted its policy was deeply flawed. While the department did hold community meetings on the cameras (including a meeting with the ACLU), the policy that resulted from this process was sprung on the public less than two business days before the meeting at which the Board of Police Commissioners voted to approve it, allowing no meaningful opportunity for community analysis, criticism, and feedback.

The DOJ’s first major grant to support police body cameras should not fund a program that fails to promote transparency and that allow officers to use body cameras footage in ways that undermine the integrity of investigations into police misconduct and use of force.

The DOJ has recognized the importance of good policies surrounding the deployment of police body cameras. Now it is time for them to follow through and deny DOJ funds to those departments that lack such policies. If they don’t, word will quickly spread within the police community that the program’s stated goals are just lofty rhetoric, and all that’s required to get grants is to have some kind of policy in place—any kind—and to go through some motions of community engagement, merely as bureaucratic hoops to jump through.

Spending millions on a technology because of its promise to build trust between communities and police, but not requiring departments to use them in ways that will actually build trust, would be to squander not only taxpayer money but a valuable opportunity to change the dynamic of policing in America.

Despite our letter, letters from other groups, and prior indications from the DOJ that it would require good policies, the DOJ disappointingly has awarded the LAPD $1 million for body cameras.