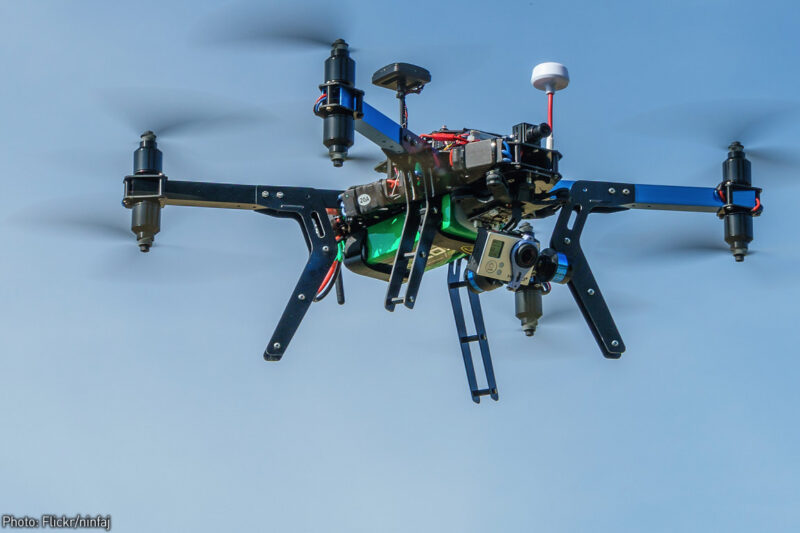 The Daily Beast has reported that North Dakota has enacted a drone bill that permits law enforcement drones to be equipped with weapons such as Tasers, rubber bullets, tear gas, and sound cannons. This is a terrible idea.

Having attended numerous drone meetings and conferences in the past several years attended by a broad array of industry, law enforcement, and other government representatives, I can confidently say that there is a broad consensus that armed domestic drones are beyond the pale. With the exception of one sheriff in Texas who mused about arming drones several years ago, the concept is never even seriously discussed in the drone community. Several states have already enacted flat bans on weaponized drones (examples include Oregon , Virginia, and Wisconsin).

Although there are plenty of states that have not passed drone legislation at all, and some states have enacted legislation that makes no mention of the arming of drones (such as Florida, Tennessee, and Utah), the North Dakota bill is different. While it does explicitly ban the arming of police drones with “lethal weapons,” it remains silent on so-called “less-than-lethal weapons.”

Here’s why arming drones, even with less-frequently-lethal weapons, is a such a bad idea:

This bill does impose restrictions on police use of drones for surveillance, which is a good thing, and initially, it banned all weapons on drones. The ACLU supported the initial version of the bill. But the weaponization provision was altered through last-minute lobbying by the state’s police association.

Just because police departments in North Dakota have been given permission by their legislature to fly armed drones does not mean that they need to do so, or will. Indeed the strong national consensus against doing so may hold them back until hopefully this anomalous legislation can be reversed.