Gun-Mounted Cameras for Police: What Should We Think? 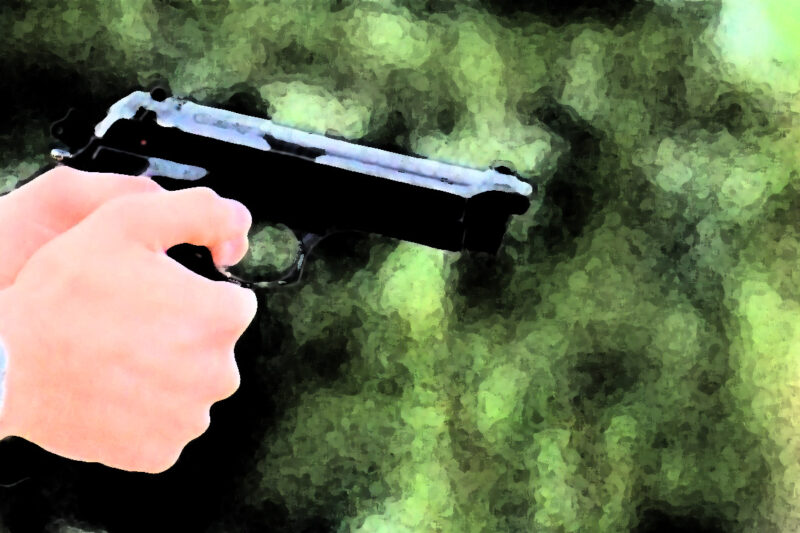 Vendors are now selling gun-mounted police cameras that are activated when a gun is drawn from its holster, as a supplement to or replacement for police body cameras. According to a new Associated Press article, few police departments around the country have actually deployed this technology, but the AP and others have asked us our views on it, so I thought I’d offer some thoughts beyond my quote included in that article.

1. In a shooting, we want as many camera angles as possible.
Assuming unlimited resources, there are no downsides to gun cameras from an oversight point of view. In a critical incident such as a shooting, it’s in the public interest to have as many video records as possible. Whether or not there is also video from body cameras, surveillance cameras, bystander cameras, or all of the above, it would be better to have gun-camera video than not.

At same time, vendor claims that gun-mounted cameras will be “better” than body-mounted cameras because they are more likely to capture an unobstructed view of events are too glib. There’s no ideal or objective camera angle. Any given video record of an event may be deceptive or conclusive because of such factors as the camera angle, lighting, and the timing of when it was turned on. Every additional video gives the public and investigators a better shot at reaching fair conclusions about the actions of officers and others in a use-of-force situation. And every new video angle cuts the risk that somebody is going to be judged unfairly because of a deceptive video. It could be that a gun camera provides the video that establishes that a shooting was definitely justified or definitely not. Or it could be that the gun camera is deceptive, and it’s actually a body camera or bystander camera that captures the critical information.

Of course it is possible that gun cameras could prove over time to be more likely to produce helpful video than body-mounted cameras, but we don’t know that yet. And counterbalancing that is the fact that gun cameras are often going to be activated much later in a law enforcement encounter than a body camera that is turned on in accordance with a good activation policy. That means they will sometimes not record contextual information that is crucial to evaluating the necessity of a police shooting. We don’t know how often that will happen but it could prove to be a critical shortcoming of the technology. Even when no bullets are fired, it can be important to clarify why a gun was drawn because pointing a gun at another human being — threatening deadly force — is an act of violence even if it’s never fired. (And like other forms of police violence, we know that is experienced disproportionately by people of color.)

On the other hand, one advantage of gun-mounted cameras is automatic activation. Even the most strictly enforced activation policy won’t reach 100% officer compliance. In some situations officers may legitimately not be able to activate their cameras due to fast-moving events and/or safety considerations. The fact that gun cameras turn on automatically when a gun is removed from its holster can help ensure that at least some video of a shooting is captured.

2. Gun cameras don’t provide the same level of oversight as body cameras.
Police officers draw their guns very rarely, and though the benefits of recording are most critical when they do, most situations where the public can benefit from body camera recordings do not involve the drawing of guns. We recommend that officers activate their body cameras “whenever a law enforcement officer is responding to a call for service or at the initiation of any other law enforcement or investigative encounter between a law enforcement officer and a member of the public.” Body camera video can be helpful in evaluating allegations such as unnecessary use of force, false arrest, or simply of unprofessional behavior (the most common topic of complaints against officers). Whether officers are vindicated or complaints are substantiated, having video that is released to the public can help increase community trust. Video can also be helpful in training, and can deter officers from engaging in abuse in the first place, at least in departments that have good policies on sharing video and track records of identifying and dealing with problem officers. Those potential advantages of body-worn cameras don’t come with gun cameras.

3. Gun cameras also don’t raise the same privacy issues as body cameras.
Gun-mounted cameras that activate only when a gun is drawn are going to capture much, much less officer behavior. That also means that they raise many fewer privacy concerns than body-mounted cameras. Not only are they not going to record a large number of intrusive officer interactions with civilians, when they do record it is when an officer has drawn his or her gun, making a decision to use or threaten deadly force, which is when the public’s interest in oversight over officers is at its zenith, and the weight of individuals’ privacy concerns is at its lowest.

4. Cameras are not a silver bullet.
Above, I said there were no downsides to gun cameras assuming unlimited resources. But of course, resources are never unlimited. Police cameras, if done right, can be one good tool in reducing police officer misbehavior and increasing community trust of departments. But it is too often not done right, and in any case is never a silver bullet. Larger reform of American policing requires such measures as improved officer training in de-escalation, dealing with mental illness, and other areas; improved civilian oversight; the decriminalization of drugs; and reform of laws and union contracts that protect officers from the consequences of abuse.

Communities that have decided they want the oversight that comes from body cameras when they are governed by good laws and policies should regard gun cameras as a backup that may provide crucial additional footage in shootings and other incidents where guns are drawn. They should not regard or accept gun cameras as a cheaper substitute for body-mounted cameras, because gun cameras won’t capture the vast majority of officers’ law enforcement actions, including potentially important events leading up to a shooting.

On the other hand, many people are skeptical about the potential for body cameras to serve as an effective oversight tool in their communities. They see too great a risk that body cameras will be deployed without good policies in place, or that such policies will be poorly enforced, and end up as yet another tool for police surveillance, especially of poor and minority neighborhoods. A community that has decided it doesn’t want body cameras might decide to accept gun cameras to capture video at least on the rare occasions when an officer draws his or her gun. Such communities must weigh gun cameras’ reduced surveillance threat against their limitations in providing oversight — the fact that they provide only a chance at recording in the most extreme use-of-force cases, and don’t capture events before a gun is drawn.