Let There Be Light: Cities Across America Are Pushing Back Against Secret Surveillance by Police 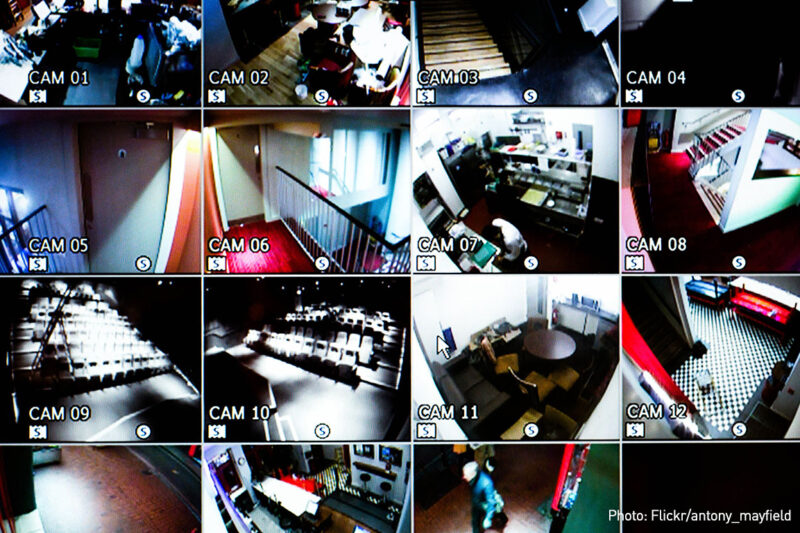 Think about how it feels when you are driving down a road, look in your rearview mirror, and notice a police car driving directly behind you. You tense up. You slow down. You try not to drift too much in your lane as you drive. One false move and those red flashing lights will switch on. Only after the police car drives past can you finally relax and exhale. As internationally renowned security technologist Bruce Schneier observed in his book “Data and Goliath,” this is what surveillance feels like. But for many Americans who live in communities that are disproportionately targeted by police surveillance technologies, that feeling never goes away.

There is never a time to exhale.

Who are these disproportionately targeted communities? Not surprisingly, they are comprised of the same individuals who have traditionally been the targets of over-policing and over-surveillance: persons of color, of certain ethnicities and certain religions, of low-income, and those whose political activities challenge the status quo. In many of these targeted communities, attracting the attention of the police — the likelihood of which is increased by the widespread deployment of surveillance technologies — is a no small matter. There is ample evidence on YouTube alone that drawing police attention — even for minor transgressions like selling loose cigarettes in Staten Island, New York or having a broken taillight in North Charleston, South Carolina — can lead to one’s arrest or even result in fatal consequences.

Always wondering if you are being watched, and if you may be moments away from a police encounter, produces constant anxiety. Living with that level of trepidation, like a police car is always driving right behind you, is no way to live. That is not freedom.

The list of surveillance technologies currently being used by local law enforcement reads like something out of a George Orwell novel. You can learn about many of them in the ACLU’s newly released Technology 101 primer, but be forewarned: You may never walk the streets or surf the internet with the same feeling of anonymity again. You’ll learn that local police use cell site simulators (a.k.a. Stingrays) to capture information from our cell phones and track our location. Their automatic license plate readers and our own cars’ E-ZPass tokens enable them to track where we drive. They use light aircraft (and perhaps soon, drones) with high-definition cameras to watch us from the sky, while their closed circuit television cameras and surveillance-enabled light bulbs monitor us from the ground. Advanced hardware and computer software enable them to peer through the sides of our cars and through the walls of our homes, to hack into our electronic devices, and to monitor our activities online.

All these technologies are coming soon to a city near you, if they are not there already.

First, in a legal complaint filed with the Federal Communications Commission, it was revealed that the Baltimore Police Department frequently deploys cell site simulators to track people’s locations and gather data from their phones and that these deployments are almost exclusively in Black neighborhoods. The following week, a report by Bloomberg News revealed that BPD was operating a secret program of using planes armed with ultra-high definition cameras to record the comings and goings of the entire city’s population without the public’s or their elected officials’ knowledge. Baltimore is hardly alone when it comes to disproportionately targeting communities of color with surveillance technologies. On those rare occasions when we have gotten our hands on local police surveillance data, the same biased practices are revealed, such as with ALPR deployments in Oakland and CCTV cameras in Lansing, Michigan.

Living with that level of trepidation, like a police car is always driving right behind you, is no way to live. That is not freedom.

Activists like Malkia Cyril, the executive director of the Center for Media Justice, have been talking about and fighting the discriminatory surveillance of Black Americans and other groups by local police for a very long time, and with good reason — the secret surveillance conducted by local police departments collectively impacts tens of millions of Americans. While that may not be exactly of the same magnitude as the NSA surveillance revealed by Edward Snowden, it is certainly significant enough to warrant outrage and considerable media attention. Unfortunately, Cyril’s efforts have received nowhere near the same attention as Snowden’s. That must change. Cyril’s words, and those of the many other activists who have spoken out against discriminatory local surveillance, must be heeded more, discussed more, reported on more, and acted upon more.

And they will be.

Today, 17 diverse national organizations have joined together to voice our support for the guiding principles behind 11 cities’ efforts to stop the unchecked, secret, and too often discriminatory use of surveillance technologies by local police and to move their approval process out of the darkness and into the light. Each of these cities’ legislative efforts share a common focus on increasing transparency, ensuring communities have significant influence over the decision-making process, and empowering the public by providing them with full and accurate information about the cost of surveillance technologies and the potential risks they pose to civil rights and civil liberties.

If adopted, these bills will mandate that the public’s elected representatives, not the police, will decide if and when surveillance technologies are funded, acquired, or used. It will give local communities the chance to discuss, debate, and oppose these technologies before they become “facts on the ground” that are much harder to dislodge. And ultimately, should the people who walk a city’s streets and live in its neighborhoods determine the costs and risks of using a specific surveillance technology outweigh its benefits, these bills will maximize their ability to demand the surveillance technology’s use be severely limited or outlawed entirely. This is how it should be. Democracy, freedom, privacy, and equality are all sacred American principles. Surveillance is not.

When decisions regarding the use of surveillance technology are made transparently by the public and their democratically elected representatives, they are certain to be far more protective of these sacred principles than the secret decisions of the past. And should, as we expect, today’s local legislative efforts take hold and spread from city to city, so that today’s eleven city effort is just the first wave in a sea of municipal legislation, then one day all of us — regardless of our skin color, ethnicity, religion, income, or political views — might at long last be able to exhale a little, like the police car in our rearview mirror finally passed us by.

To learn more about the effort to promote community control over police surveillance, visit www.CommunityCTRL.com or search social media for the hashtag #TakeCTRL.