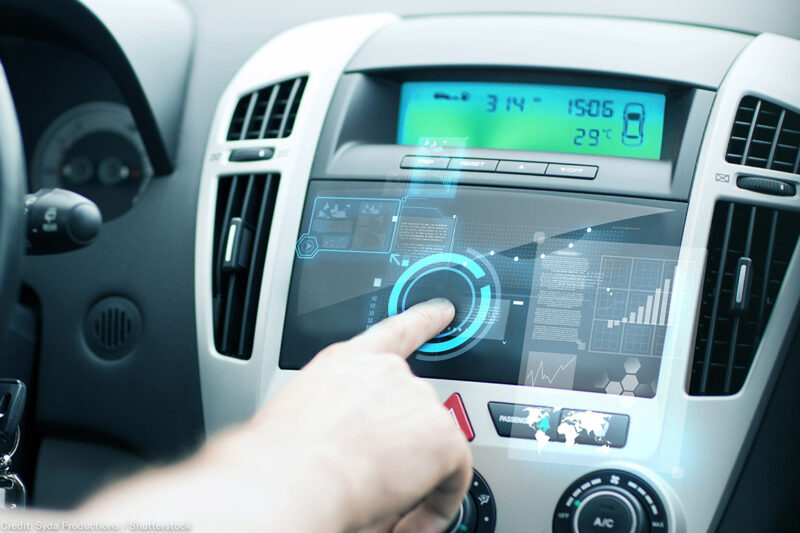 Our cars don’t just take us from point A to point B anymore. They now play our favorite Spotify playlists, read us our text messages, and make phone calls. They may collect audio and video inside and outside a car as well as GPS-coordinates. They may one day even scan passengers’ eyes and purportedly determine their restaurant preferences by assessing our emails’ “emotional tone.”

Modern cars are essentially roving computers, recording and storing unprecedented types and quantities of data about our personal lives — from cellphone contacts and music preferences to detailed location history and granular data about the operation of the car itself. The growing amount of personal information they collect and store raises a number of important privacy questions, including what Fourth Amendment protections we can expect against unjustified access by law enforcement.

The question has already come up in a case, Mobley v. State, before the Georgia Supreme Court, where we argue in an amicus brief that cops cannot conduct warrantless searches of computers — even if that computer happens to be on wheels. The brief was filed with the ACLU of Georgia and Riana Pfefferkorn at Stanford’s Center for Internet and Society.

The Mobley case began with a tragic car crash. Shortly after the crash, and without getting a search warrant, the police entered Mr. Mobley’s car and downloaded data from the car’s Event Data Recorder, also known as a vehicle “black box.” Black boxes can record a litany of data, including speed, seatbelt use, size and position of people in the car, and other information in the seconds before and after a collision. Unbeknownst to many drivers, these devices are now standard in modern cars; about 99.6 percent of consumer light vehicles sold today come ready-equipped with a black box.

When the police downloaded data from Mobley’s black box, they captured his pre-crash speed. This was what they believed to be their smoking gun. With this data, the government was able to increase the severity of the charge against Mobley.

Though this case involves a search of black box data revealing only the car’s speed, braking pattern, and related information, the rule that the Georgia Supreme Court sets in this case will also affect how other kinds of car data — and what this data reveals about the people inside of cars — is protected in the future.

The state of Georgia is asserting that downloading vehicle data stored in Mr. Mobley’s car without first obtaining a warrant is justified under what is known as the “vehicle exception” to the Fourth Amendment’s warrant requirement. The state cites a number of U.S. Supreme Court cases dating back as far as the 1920s that hold that police, under this exception, do not need a warrant to search a car for physical items. This exception was created due to the “ready mobility of vehicles,” which might drive away before a warrant is obtained, and because of people’s reduced expectation of privacy in cars due to the “pervasive regulation of vehicles capable of traveling on the public highways.” But as we argue in our brief, the U.S. Supreme Court has recently made clear that older rules permitting warrantless searches for physical items cannot be automatically extended to searches of digital data.

The quantities and types of information that might be discovered by a manual search of a car’s crevices and compartments pale in comparison to the kinds of comprehensive data stored on cars’ computers today. This requires greater protections under the Fourth Amendment, just as the U.S. Supreme Court required a warrant for searching people’s cell phones seized during an arrest, even though older cases allow searches of physical items in an arrestee’s pockets without a warrant. The Supreme Court has likewise held that a warrant is required to access cell phone location history stored by a person’s phone company, despite older cases saying that pre-digital-age records held by companies are accessible without a warrant.

The smartphone in your hand, the computer on your desk, and the car you drive today have more in common than you may realize. It’s time they share the same Fourth Amendment protections as well.

As our cars come equipped with increasingly more advanced technologies, the volume and scope of sensitive, private information that they collect will only increase, as will the need for strong Fourth Amendment protections to keep this information safe from warrantless searches and unconstitutional intrusion. The Georgia Supreme Court has the opportunity to be a national leader in protecting against this growing threat.