The Police Want Your DNA to Prove You're Innocent. Do You Give it to Them? 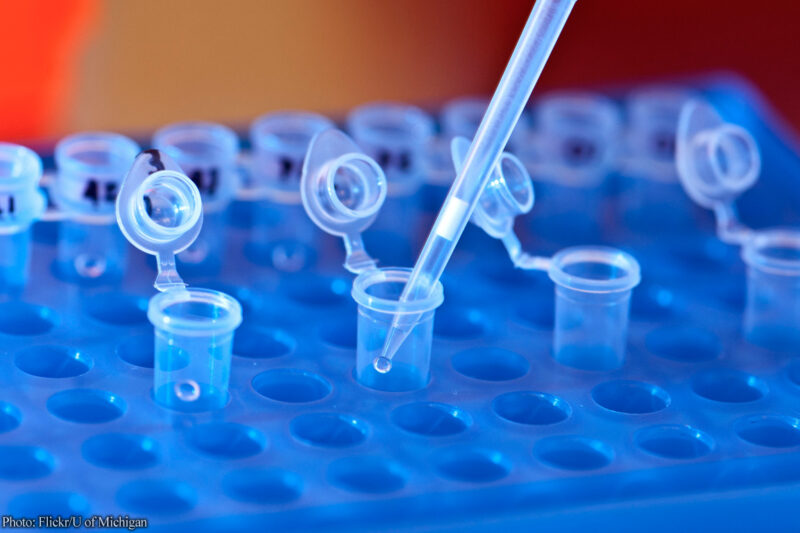 I have a friend who once, being recently divorced, lived by himself in a house in a mid-sized western city. One night a terrible crime took place: the house across the street from his was broken into, and the elderly woman who lived there was raped. In the course of the investigation, as a single man living near the woman, he came to the attention of the police. The traumatized victim told the police she was pretty sure he was not the perpetrator, but the police approached my friend and asked him to submit a DNA sample to eliminate him as a suspect. They told him they did not really think he was the perpetrator, but wanted to definitively eliminate him out of investigatory thoroughness and in order to reassure his neighbor.

How would you respond to such a request?

On Tuesday I wrote about how some local U.S. police departments are going wild with the collection of DNA, swabbing juveniles and others not suspected of any crime, let alone convicted of a serious one. These samples are then being stored in local police DNA “shadow databases.” As ProPublica reported, many of the samples being added to these databases are “exculpatory” samples used to exclude people as suspects.

As a privacy advocate, I really would not want to share my DNA with the police. They would likely retain it indefinitely, and possibly share it with other law enforcement agencies. I would henceforth be vulnerable to potential misuses of my DNA (just to pluck one potential scenario: to identify me should I mail an anonymous tip or complaint to a government agency). And, I would be much more likely to be mistakenly identified as a suspect, either through human error or just because every time the police run a criminal’s DNA profile I will now be part of the genetic “lineup.” A California man, for example, was wrongly charged with capital murder after his DNA was matched with samples taken at a crime scene (contaminated by the same paramedics who had treated him earlier in the day). That wouldn’t have happened if his DNA wasn’t in the database.

On the other hand, what my friend confronted was a tough request to refuse. The victim was quite sure my friend was not her attacker—but did seem to have some flicker of doubt. By refusing to submit a DNA sample, my friend may have become (however unjustly) much more suspicious to the police—and to his neighbor the victim, and probably his other neighbors as well, as word spread, and potentially the wider geographical and professional communities in which he lived. At least, that was something he worried about. Most likely some people would understand his decision to stand on principle, but others would not. The increased suspicion surrounding him might also raise the risk that coincidental circumstances or false memories on the part of others would start to accumulate as evidence of his involvement in the crime. Compared to such real and potentially severe social costs, how do we weigh concerns about privacy and the use or abuse of his DNA at some later date?

My friend turned over his DNA to the department. He was excluded as a suspect, and that was the end of it for him, though his DNA records no doubt continue to reside in the hands of law enforcement.

Thinking about how I would handle such a situation, it ocurred to me that there might be a middle ground here: provide a DNA sample on the condition that the police promise not to retain that sample, or use it for any other purposes. Of course, to ensure that such a promise were not an empty one, one would want it in writing—and, to have some teeth, such as monetary damages for violation. The ACLU of Massachusetts once had to file suit to seek enforcement of a promise that exculpatory DNA would be expunged.

Contract for Provision of Exculpatory DNA to Police Department

Subject understands the Department’s desire to definitively eliminate Subject as a suspect in a crime through the acquisition of a DNA sample, and wishes to cooperate with the police in that aim, but does not want Subject’s DNA retained in police or other government databases for any longer than required for this purpose.

Subject hereby agrees to voluntarily provide a DNA sample to the Department. The Department agrees that, provided and upon establishment that Subject’s DNA does not match that of the suspect in the crime being investigated:

Even if a police department refuses to sign such an agreement, the mere act of offering it shows to the police and the community that a person is willing to cooperate as long as his or her genetic privacy is well-protected.

Of course, far better would be to enact privacy laws with good protections in such situations, but where those don’t exist this might be a potential solution for those who find themselves wanting to help the police while protecting privacy, or feeling any kind of pressure to provide a sample.