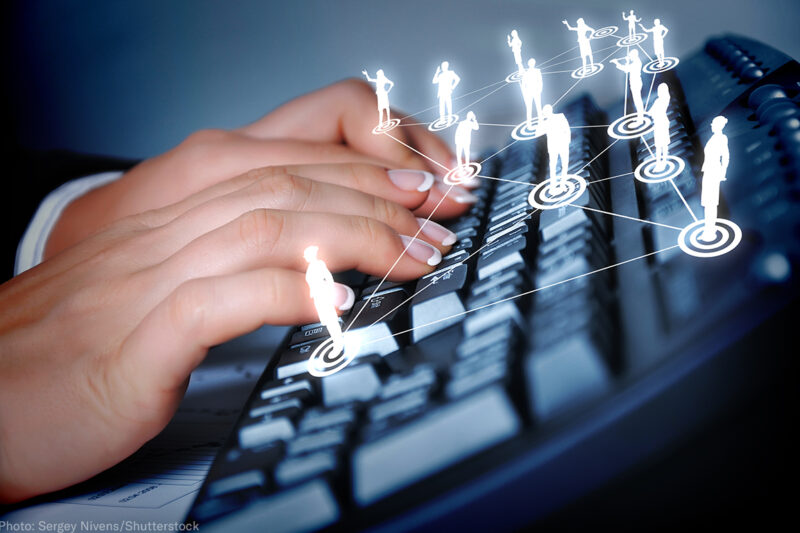 The Trump administration is ramping up surveillance of what people say on social media — and it’s doing so largely in secret.

Social media surveillance by the government raises serious concerns about free speech, racial and religious profiling, and privacy. The ACLU today filed a Freedom of Information Act request to find out how agencies like the FBI and the Department of Homeland Security are collecting and analyzing content from Facebook, Twitter, and other social media sites.

Social media platforms are today’s public square, but they’re unlike any other that has ever existed. Never has more of our speech been concentrated in fewer places, where it is often accessible worldwide. In the aggregate, the social media web is an up-to-date archive of our online speech, a map of our contacts and associations, and a nuanced guide to our habits and preferences — all in one. Facebook’s Cambridge Analytica scandal revealed just how sensitive this information can be.

It’s no surprise that federal agencies are salivating over this trove of data, which they insist they need in order to track purported threats. But there’s no evidence that social media surveillance improves our security. Research contradicts the notion that reliable indicators exist to identify would-be terrorists or other security threats. In the absence of such indicators, officials inevitably scrutinize and penalize speech, religious affiliation, or other constitutionally protected conduct.

We’re submitting our FOIA request to seven agencies, including the Department of Justice, U.S. Immigration and Customs Enforcement, and the State Department. The limited information that is publicly available suggests these agencies are rapidly expanding their use of social media surveillance.

DHS uses what it calls a “Shared Social Media Screening Service” to collect, analyze, and disseminate social media content on “Homeland Security Standing Information Needs” — subjects DHS does not disclose but about which it continuously gathers information.

According to recently released documents, ICE plans to spend $100 million on a contract to monitor the social media activity of visitors to the United States.

In March, the State Department announced that it plans to require nearly all of the 14.7 million people who annually apply for work or tourist visas to submit social media identifiers they have used in the past five years.

And the FBI is reportedly establishing a task force to monitor social media, the purpose of which remains unclear.

The public needs to know far more about how agencies are gathering our data, what they’re doing with it, any policies that govern this surveillance, and the tools agencies use, including algorithmic surveillance and machine-learning techniques.

Government surveillance of social media can have serious consequences, whether you’re a U.S. citizen, a lawful resident, or are seeking to immigrate to or visit the United States. The FBI appears to be using social media as a basis for deciding who to interview, investigate, or target with informants or undercover agents. A single Facebook post or tweet may be all it takes to place someone on a watchlist, with effects that can range from repeated, invasive screening at airports to detention and questioning in the United States or abroad. And non-citizens subject to the Trump administration’s “extreme vetting” policies could be denied entry to the United States or face difficulty becoming lawful residents or naturalized citizens.

More broadly, there’s good reason to be alarmed about the chilling effect that social media surveillance will have on speech and expression that the First Amendment protects. Researchers have documented the “spiral of silence” that results from government surveillance. In one major study, even people who said they had nothing to hide were highly likely to self-censor online when they knew the government was watching. That inevitably leads to an impoverished discourse and reluctance to criticize the government.

Discriminatory targeting of racial and religious minority communities is another major concern. Well-documented surveillance of social media associated with Black Lives Matter is a continuation of a decades-long pattern of government monitoring of minority activists and communities. And this administration’s surveillance of immigrants and visitors’ social media is infected with the same anti-Muslim bias that underlies its “extreme vetting” policies.

Social media surveillance also undermines our privacy. Even when users choose to make social media content public, that doesn’t mean they expect that government agencies will use it to compile digital dossiers that track their speech, networks, and associations — and potentially pass that information to other agencies, with consequences that could be severe.

Our government should be fostering, not undermining, our ability to maintain obscurity in our online personas for multiple reasons, including individual privacy, security, and consumer protection. That means not using powerful tools that can track and collect social media information for government surveillance purposes.

It’s time for a fuller public conversation about imposing limits on government social media surveillance in order to protect the public square and the liberty that depends on it. To have that conversation, we need to know exactly what the government is doing.