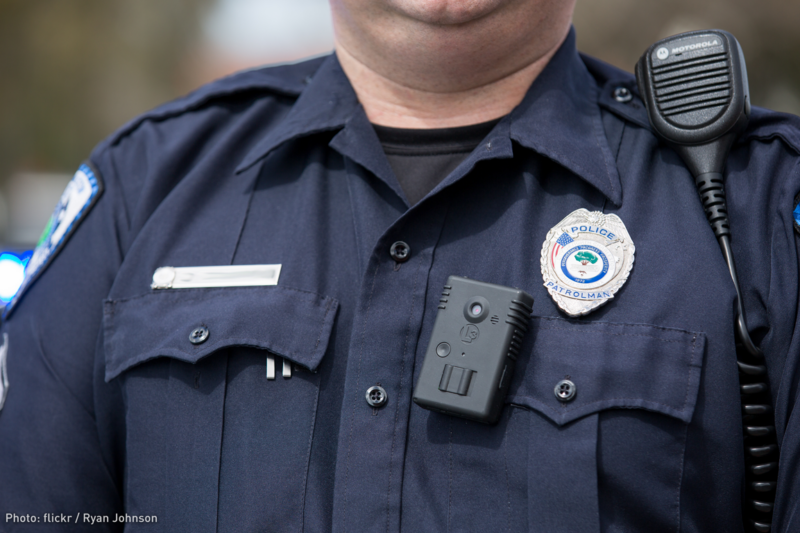 We’ve always acknowledged that the issue of police body cameras is a tough one, and that while we have advocated for policies that aimed simultaneously to protect privacy and promote police oversight, we knew that our recommendations would evolve as this complex technology works its way into the messy real world. We already made some pretty fundamental changes to our recommended policies once before.

Now we’ve issued a version 2.0 of our more detailed model legislation, incorporating a number of tweaks that we have been persuaded will improve the way implementing agencies deploy body cameras.

One of the more significant changes involves what kind of video is subject to public release and what kind is not. Our view is that for privacy reasons, the majority of body-camera video should not be subject to public release. The exception is where there is a strong public interest in that video that outweighs privacy concerns: where there is a use of force, or a complaint against an officer. In the prior version, we also recommended that any video of a felony arrest be in that category, but we’ve decided that’s too broad, because it would encompass a wide variety of DUI and other routine arrests that, in the absence of a use of force or complaint against an officer, are not of vital public importance.

We have also added language stipulating that police departments cannot use “investigative privilege” as a basis for withholding footage where the suspect is a police officer (who likely is the one who recorded the video and has been allowed to see it). As we argue at greater length here, the rationale for such a privilege (tipping off suspects) does not apply when the suspect is a police officer. We do allow that redaction, subject to limitations, can be used in such situations.

Other changes in our recommended body camera legislation:

We have already seen some state governments and police departments substantially embrace our recommendations, such as the state of New Hampshire and the Parker Police Department in Colorado, and we hope that these best practices will become widespread in order to ensure that body cameras are not reduced to yet another surveillance tool, but actually serve their intended function as a check and balance on police power.