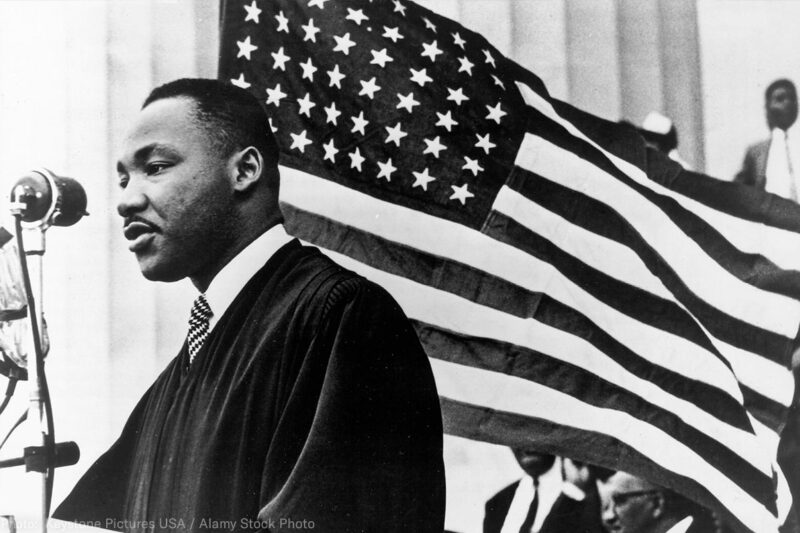 Jeffery Robinson, Executive Director, The Who We Are Project
Share This Page
April 4, 2018

On April 4, 1968, I was 11 and growing up in Memphis when the news came that Martin Luther King had been murdered. My parents couldn’t hide how bad it was – they were angry. They were afraid. And most memorably to my childhood self, they were crying. I couldn’t articulate it at the time, but I know now that I was afraid that killing the dreamer could kill the dream.

Exactly one year earlier, in a speech at Riverside Church in New York City, Dr. King said, “We are confronted with the fierce urgency of now… Procrastination is still the thief of time. Life often leaves us standing bare, naked, and dejected with a lost opportunity.” A year later, his call for civil rights and racial justice was answered by an assassin’s bullet.

King understood the urgency of now.

He graduated from divinity school in 1955 and six months later he was leading the Montgomery Improvement Association during the now-famous Montgomery bus boycott. For the next 12 years he was a tireless public spokesperson for racial justice. He endured being shot at, stabbed, beaten, surveilled and harassed by the government, arrested more than 30 times, subjected to unrelenting media scrutiny, outpourings of hate speech, and death threats.

The urgency of now made King leery of anyone, “who lives by a mythical concept of time and who constantly advises the Negro to wait for a ‘more convenient season.’” He was a disrupter of the status quo who would have rejoiced at athletes protesting police brutality and racial injustice during the singing of the national anthem. The night before he was killed, he said that students who were “sitting down” at lunch counters were really “standing up” as Americans. It’s safe to say King would have supported the athletes kneeling as much as he supported the students sitting.

King paid a huge price for his activism during the 39 years he was alive, and then he paid for it with his life. Fifty years later, my childhood fears remain, and I find myself asking: did the dream live on or did it die with the dreamer?

In 1969, the Chicago Police Department killed Fred Hampton, a Black Panther leader, and Mark Clark, an activist, during a predawn raid. No one was prosecuted. Just this past week we found out that the Baton Rouge police officer who killed Alton Sterling, an unarmed Black man, will be fired but not charged with a crime. This decision feels like a punch in the kidneys, and yet it’s not a shock. It continues a pattern of unnecessary law enforcement violence. Freddie Gray, Tamir Rice, Michael Brown, Eric Garner. These are recent examples, but violence against communities of color stretches back to segregation, to Jim Crow, to slavery.

Racial disparities in policing, and police violence, reflect our past — and without reform will determine our future. The Kerner Report (Report of the National Advisory Commission on Civil Disorders) was released Feb. 29, 1968. The basic conclusion was that “our nation is moving towards two societies, one Black one white, separate and unequal… What white Americans have never fully understood – but what the Negro can never forget – is that white society is deeply implicated in the ghetto. White institutions created it, white institutions maintain it and white society condones it.”

Last month, the Economic Policy Institute released a report that found no progress since 1968 in how Blacks fare in comparison with whites when it comes to homeownership, unemployment and incarceration. They also found the wealth gap between whites and Blacks tripled between 1968 and today. Individual Black people have surely been successful in modern day America, but what does that mean if the Black community as a whole has not moved in half a century? Where is the “change” in incremental change? What good is the King monument in Washington, D.C., and the federal holiday in his name if we can’t advance the dream?

King spoke of the unfulfilled promise of General William T. Sherman’s Special Field Order No. 15 — the one that promised Black people 40 acres and a mule — saying, “At the very same time America refused to give the Negro any land, through an act of Congress our government was giving away millions of acres of land in the west and the mid-west – which meant that it was willing to undergird its white peasants from Europe with an economic floor.” King knew there has always been affirmative action in this country. It was just allotted to white people, not Black people.

So, can you kill the dream by killing the dreamer? The clear answer is: “It is not yet decided.”

I look back at the last 50 years and remember what King said at Riverside Church in 1967 about procrastination being the thief of time. I don’t want to be the person he described – standing bare, naked, and dejected with a lost opportunity. Our lack of progress on the road to racial justice must serve as a call to action. The last several years has seen movement in the way Americans of all ages are thinking about racial, social, economic and criminal justice. A new generation of voters is on the way.

As we consider our path forward on the road to racial justice, remember one last warning from King: “We are now faced with the fact, my friends, that tomorrow is today… In this unfolding conundrum of life and history, there is such a thing as being too late.” The dream is not dead – not yet. Let’s act to make sure we will not be too late.