The Government Is Watching #BlackLivesMatter, And It’s Not Okay 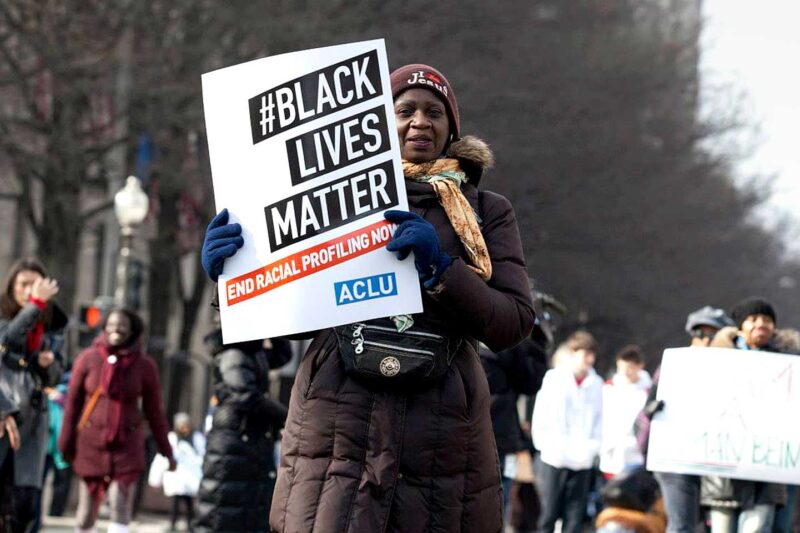 According to documents recently obtained by The Intercept in response to a Freedom of Information Act request, the government is surveilling the #BlackLivesMatter movement.

Records from the Department of Homeland Security’s Office of Operations Coordination show that since August 2014, DHS officials have been trolling public social media accounts, including Facebook, Twitter, and Vine, to map and collect information on #BlackLivesMatter protests –and supposedly related events. Targeted activities include silent vigils held across the country following the death of Michael Brown in Ferguson, an anti-police brutality protest in Philadelphia, and an April 2015 #BlackLivesMatter protest in Washington D.C. The documents even show a plan to gather information on a funk music parade in a historically Black neighborhood in the nation’s capital.

Perhaps most troubling are the Google maps and live updates tracking, minute-by-minute, the movements of participants in an April 2015 #BlackLivesMatter protest in Washington, D.C. A DHS email released to the Intercept confirms that on the day before the event, several DHS officials were aware of a Federal Bureau of Investigation joint intelligence bulletin characterizing the protest as a “First Amendment-protected event,” and noting that there was “no information suggesting that violent behavior is planned for Washington, DC.”

What will be done with this trove of information? We know that DHS shares what it gathers with local and federal law enforcement for targeting police stops and investigations. Information about specific individuals can also be funneled into the Nationwide Suspicious Activity Reporting system, which provides reports to the FBI through regional fusion centers.

The problem with this is obvious. Modern protest movements speak, associate, and organize through social media. Their tweets, blogs, protests, marches, and die-ins are the trumpets by which they call for reform and social justice. Government monitoring of activists’ protests – simply because these activists dissent and without any evidence of wrongdoing – threatens to discourage them from speaking, associating, and expressing as is their right under the First Amendment. Surveillance of #BlackLivesMatter protests also opens the door to racial profiling because the movement is Black-led.

Throughout our country’s history, the federal government has used the fear of threats – real or perceived – to conduct surveillance on domestic groups and people who look or act different. Civil rights and anti-Vietnam War activists in the 1960s and 1970s, American Muslim civil rights leaders and academics post-9/11, and the FBI’s recent, expansive racial, religious, and ethnic mapping program are a handful of examples.

Today, at a time when the public is outraged and sickened that Black men and women are killed by police in too many incidents raising concerns about racial profiling, excessive force, and gross disregard for Black lives, the tracking of #BlackLivesMatter threatens to harm that movement and all others seeking equal treatment for minority Americans.

Progress toward racial justice in America has been made precisely because brave people, particularly people of color, have raised their voices to hold America accountable to its promises of equality and liberty. Courageous men and women of color have stood up in order to call for the abolition of the chattel slavery, to urge the adoption of a constitutional amendment promising equal protection of the law, to demand an end to the legalized racial segregation that ruled America for 90 years, and to insist on federal protection for Black people’s right to vote after decades of disenfranchisement through enforced terror.

The generations of civil rights activists who made these calls were branded as “dangerous,” “terrorist,” and “subversive.” Dr. Martin Luther King, Jr., his family, his colleagues in the Southern Christian Leadership Conference, the Student Nonviolent Coordinating Committee, the National Association for the Advancement of Colored People, the Congress for Racial Equality, and countless other individuals and groups heralded today for their vision of racial equality in America were victims of FBI surveillance in the 1960’s.

Surveillance of today’s civil rights activists is equally wrong. We do not need to wait 50 years to understand that.