The Hard Truth of the Minneapolis Black Lives Matter Protests: Communities of Color Have No Trust in Their Police Force 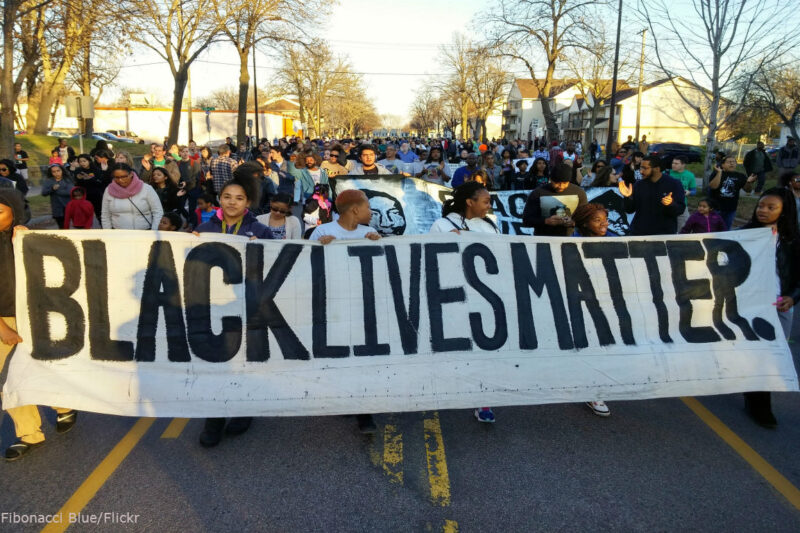 Jamar Clark, an unarmed young Black man, was shot and killed by Minneapolis police over the weekend. His death is a tragedy. While all the facts are not yet known about the case, he deserves justice — an independent and transparent investigation into his death and accountability for the police officers involved if they acted unlawfully. We’re cautiously optimistic that may happen now that the FBI has agreed to conduct an investigation into his death.

Jamar lived in a community where police routinely target Blacks for unnecessary stops and arrests and where many residents don’t trust the police. It’s impossible to understand the protests and civil disobedience triggered by Jamar’s death without this context. In the wake of the tragedy, the NAACP’s Jason Sole shared the sentiment felt by so many in Minneapolis: “We have been saying for a significant amount of time that Minneapolis is one bullet away from Ferguson. That bullet was fired last night. We want justice immediately.”

In May, the ACLU released its report, “Picking up the Pieces,” which confirmed what Black Minneapolitans know all too well: Police treat them differently. During our investigation, we found that Blacks are 8.7 times more likely than whites to be arrested for low-level offenses in Minneapolis. Jamar Clark was killed in North Minneapolis, a part of the city that is heavily policed and predominantly Black. In the data, we saw records of nearly a hundred thousand low-level arrests made in less than three years, many of which were in Jamar’s neighborhood for subjective offenses like disorderly conduct, loitering, and interfering with pedestrian traffic. This constant harassment by the police has eroded any sense of trust and respect for local law enforcement. Instead of focusing their time on working with residents to make the community a better place for everyone, police spent their time arresting thousands of residents for petty offenses, which didn’t solve any problems.

At a recent demonstration, hundreds of Minneapolis residents were shouting for a “no cop zone.” What does it say when a community dealing with widespread poverty and lack of investment doesn’t want any police in their neighborhood? It says that community members feel safer dealing with problems on their own rather than exposing themselves to the risks they have learned are inherent when they have contact with the police. These demonstrators aren’t giving up. They are currently camped out at the local precinct demanding justice, and they have no plans to leave until police release video of the shooting.

The ACLU of Minnesota has joined with the NAACP and Black Lives Matter Minneapolis in calling for accountability and transparency in the investigation of Jamar’s death. So far the city has made some good decisions, such as inviting the Department of Justice to investigate and releasing the names of the two officers involved in the shooting.

There are a lot of unanswered questions about Jamar’s death, and his family and the community deserve answers. Any video footage law enforcement has of the shooting should be released to the public immediately. When the shooting occurred, many eyewitnesses said he was either on the ground and handcuffed or was about to be handcuffed. The Bureau of Criminal Apprehension won’t confirm or deny this: All they will say is that handcuffs were at the scene. Everyone agrees he didn’t have a weapon, but no details have been offered as to why he was shot.

Police derive their powers from the people, and all communities deserve equal treatment by the officers sworn to serve them. The police need to join with the community and elected leaders to work towards solutions that result in fewer arrests and more alternatives to incarceration, like access to services. Police have to stop looking at Black people as threats to be squashed, and instead start seeing every individual as a person with dignity, loved ones, and constitutional rights.

We have to change how police operate — not just in Minneapolis, but across the country — to stop these mounting deaths. Minneapolis residents have been pushed past their tipping point, and they will not give up until there is justice for Jamar and change within the police department. We stand with them.