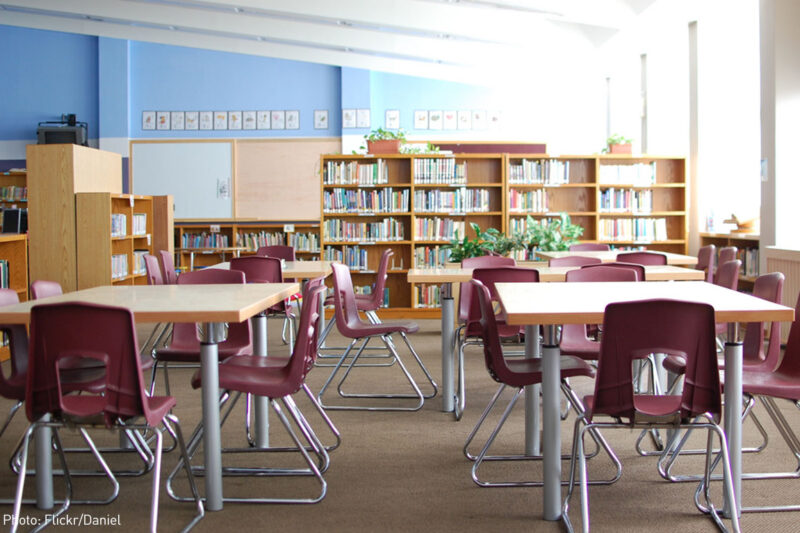 Black students make up 15.5 percent of school enrollment nationwide but a staggering 33.4 percent of students arrested. This alarming finding comes from Education Week’s analysis of the latest federal Civil Rights Data Collection from the 2013-2014 school year.

This is a problem for all parts of our country. As Education Week reports, racial disparities are found in 43 of our 50 states and in the District of Columbia. In most of these states, the share of Black students arrested is at least 10 percentage points higher than their share of enrollment in schools with at least one arrest.

The federal data does not include information on why students were arrested or referred to law enforcement, but other sources reveal that the majority of school-based arrests and referrals are for misdemeanor offenses, like disorderly conduct or fighting that would otherwise be handled by school administrators.

Georgia Juvenile Court Judge Steven Teske recalls that after police were placed in local schools, misdemeanor referrals to court increased by 1,248 percent, while more serious felony referrals did not increase. As Judge Teske found, in Clayton County, like many places in America, the lack of resources for assessment and treatment “create[d] a greater demand for punishers in the form of suspensions, expulsions, and arrests.” System reforms focused on prevention and treatment dramatically improved the situation in Clayton County.

In South Carolina, the ACLU is challenging the state’s “disturbing schools” law, which leads to criminal charges for anything from refusing to follow instructions or cursing to speaking out against the abusive treatment of a classmate. The required discretion in deciding which instances of adolescent conduct constitute criminal disruption leads to discriminatory impacts. In Charleston, Black students are more than six times as likely as their white peers to be viewed as criminally disruptive.

As Education Week finds, arrests and referrals are also more likely to occur at schools with police, and Black and Latino students are more likely to attend a middle or high school with an on-site law enforcement officer. The disparity is most pronounced in middle schools, where 59 percent of Black students attend a school with onsite police compared with 47 percent of white students and 40 percent of Asian students.

The correlation between law enforcement presence and school arrests and referrals is likely higher than is reflected in the voluntarily reported federal data. For example, Hawaii, which reports the highest percentage of students referred to law enforcement and the second highest percentage of students arrested, does not report any law enforcement officer stationed in schools. However, police officers do have a significant presence in Hawaii schools. As recently as 2014, the Hawaii County Police Department received a federal grant to fund school police officers, and in 2015, Hawaii News Now reported that in the city of Wetumpka alone, 20 police officers were assigned to schools.

Recent incidents — like a police officer in South Carolina violently tearing a young girl from her desk or an officer in North Carolina body slamming a young girl — have prompted many to question whether police officers belong in schools. Data reports, like last week’s Education Week reporting, show us that school policing is a matter of nationwide significance that affects racial justice and educational equity. When students of color are met with a police response, they are also more likely to be a part of the 1.6 million students who attend a school with a cop but no counselor.

Approaching the education of children through law and order policies is wrong. It perpetuates fear tinged by racial stereotypes and undermines the supportive learning environment that every child deserves. In the words of Justice Stevens, school is the “first opportunity most citizens have to experience the power of government. . . . The values they learn there, they take with them in life.”

Our schools should not prepare Black children to be treated as criminals. Rather, all children should learn from their education that they are valued and deserving of support.