We Need to Address Police Brutality in Alabama 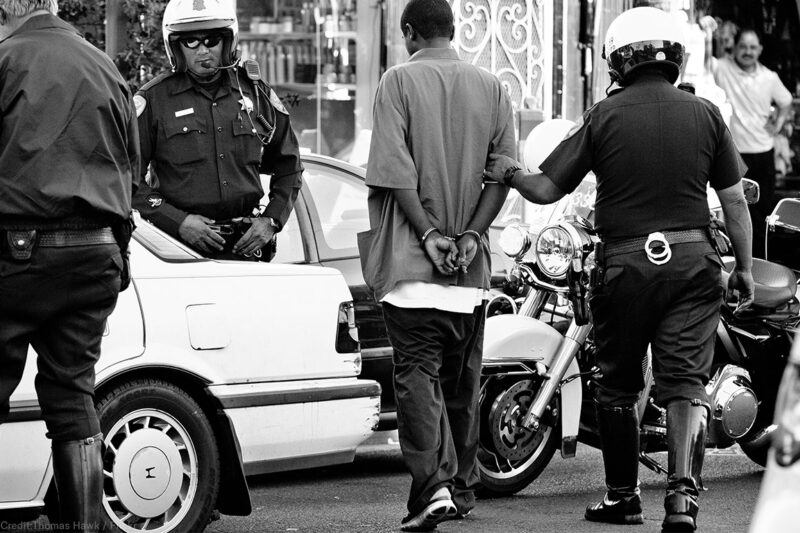 These are only a few of the names of those who have been in headlines after being brutalized or killed at the hands of law enforcement in the state of Alabama in recent years. Each of these incidents represents a state-wide pattern of police using excessive, and sometimes fatal, force against the people they’re supposed to protect and serve. Disproportionately, the victims are people of color with the violence occurring during routine interactions with police.

Given their authority to use force in certain circumstances, police officers must be held accountable when they abuse or misuse their extraordinary powers. It is crucial that those entrusted with such authority be committed to using it sparingly, equitably, legally, and in a racially unbiased way and that police departments have the proper policies in place to ensure its officers use force appropriately.

That’s why last week the ACLU of Alabama and the Alabama NAACP filed public records requests with police departments in Birmingham, Mobile, Montgomery, Hoover, Huntsville, and Saraland to turn over their use-of-force policies, body camera policies, and racial bias training materials. By collecting this information, we can evaluate the policies and practices of law enforcement and determine if officers in the field are being trained to recognize how implicit bias toward people of color can lead to individuals of color being wrongfully accused, brutalized, and killed.

Black and brown Alabamians shouldn’t have to live in constant fear of the agents and officials who are charged with protecting them. Far too often, the concept of “reasonable force” has been distorted or stretched beyond belief to justify police officers killing or seriously injuring people of color for indefensible reasons.

Take E.J. Bradford for example. He had the right, like all Black and brown Alabamians, to carry a concealed weapon. Yet on the night of his death, a Hoover police officer saw E.J.’s gun, deemed him a threat rather than being considered “one of the good guys,” and shot him to death from behind. The deaths of people like E.J. are a constant reminder of the mistrust people of color have toward the police.

Most police, however, aren’t taking the problem seriously. A Pew Research Center poll released in 2017 found that two-thirds of the nation’s police officers believe the deaths of Black Americans during encounters with police are isolated incidents and not an indication of broader problems between law enforcement and the Black community. This reveals a disconnect between law enforcement and Black people. Culture shifts and internal reform are needed to prompt agents of the law to foster a positive, trusting relationship with communities they serve.

Our information request is the first step towards changing the culture of policing in Alabama and initiating reform. We hope to build a database of policing policies so that the people of Alabama can read their police department’s policies on use-of-force, body cameras, and racial bias. And after comparing these policies, we will offer our own model policies so that police can rebuild the trust they’ve lost across the state while ensuring police understand what constitutional policing is.

The people of Alabama deserve police forces that serve and protect all communities equally. Our information request is the first step toward making that a reality.