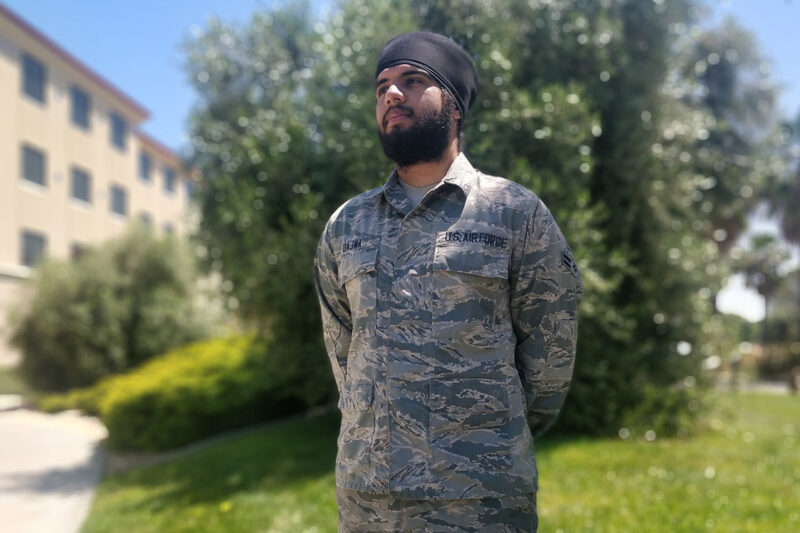 Aleksandr Sverdlik, Program on Freedom of Religion and Belief
Share This Page
June 6, 2019

As we mark the 75th anniversary of D-Day this week, we honor the ultimate sacrifice that so many have made for this great country. The men and women who join our armed forces and put themselves in harm’s way to defend this nation are beacons of courage. Their gender, the color of their skin, or whom they love should have no bearing on their ability to serve. Nor should their religion.

That’s why, today, we celebrate the latest milestone in our quest for true religious diversity and equality in the military: the U.S. Air Force’s recent granting of an accommodation to our client, Harpreetinder Singh Bajwa, to be the first Sikh active-duty airman to serve with a beard, turban, and unshorn hair.

Even though Sikhs have long served in the armed forces of some of our closest allies — including Canada, Great Britain, and India — opportunities in the United States military today have been uneven at best. The Army has led the way in granting religious accommodations, though it took an ACLU lawsuit in 2015 to solidify that progress. After reviewing hundreds of pages of evidence, a federal court dispelled the myth that grooming and uniform accommodations granted to soldiers may impede the military’s ability to achieve its mission or cause any other danger or harm.

Indeed, the U.S. military has already granted hundreds of thousands of exceptions to its appearance policies, allowing everything from full-sleeve tattoos to beards for those with a sensitive-skin condition. As a result, the court explained, the Army could not legally justify denying our client a religious accommodation.

In 2018, an ACLU client became the first Air Force officer authorized to wear hijab during her training and service. She has subsequently been so successful that she was awarded “Airman of the Week” honors by her colleagues and featured in an NBC documentary. Later that year, the Air Force granted its first religious accommodation allowing for a beard to a Muslim airman. Having heard about these successes, Airman 1st Class Bajwa, crew chief at the McChord Air Force Base in Washington, contacted the Sikh American Veterans Alliance and the ACLU, who helped secure this historic accommodation.

But it shouldn’t take a cadre of ACLU lawyers and more than four months of military review to process every such request.

To make good on its commitment to religious diversity, the Department of Defense should make the religious accommodation process easier and faster. Given the variety of accommodations already granted, as illustrated above, grants of similar requests should be nearly automatic. Likewise, the department’s policy promising final review of accommodation requests “within 30 days” must become lived reality, not just words on paper.

And, without further ado, it’s time for the other branches to fall in line. No American should have to choose between following her faith and serving her country, whether as a soldier or airman, or as a sailor, Marine, or Coast Guardsman. The members of our armed forces put their bodies on the line to defend the ideals of liberty and equality upon which this country was founded — now it’s up to the government to live up to those same ideals.