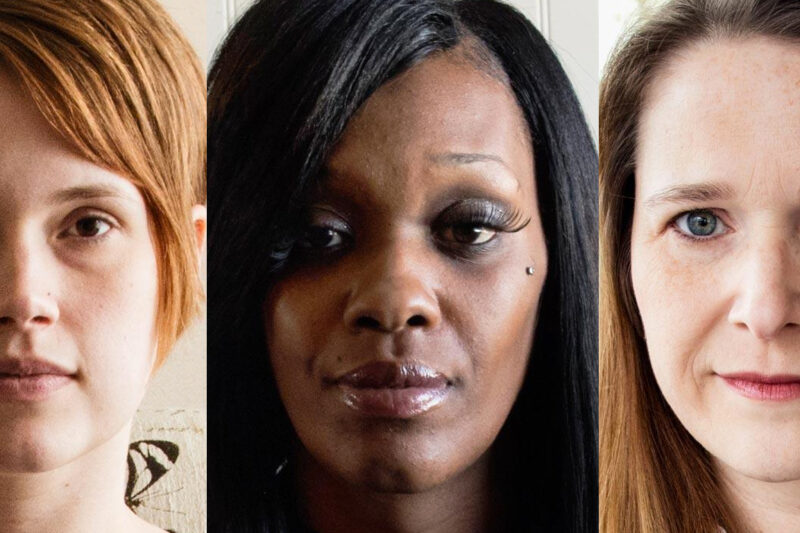 I am in awe of their courage, and I am heartbroken by what they have gone through. Woman after woman has come forward to tell us her story of being denied critical reproductive health care at a Catholic hospital.

Take Tamesha Means. She lives in Muskegon, Michigan, and when she was 18 weeks pregnant, she rushed to the only hospital in her community when she was having a miscarriage. She was bleeding and in excruciating pain. But because of hospital rules called the Ethical and Religious Directives for Catholic Health Care, the hospital turned her away three times over two days when the proper course would have been to end the doomed pregnancy.

Tamesha was developing a life-threatening infection, although the doctors never told her that. The hospital only provided care when she started to deliver while being discharged the third time. The baby died shortly after.

Tamesha was devastated about the loss of her pregnancy, and she could have died. That’s no exaggeration. Women in Ireland and Italy died when their pregnancies went horribly awry and were refused a life-saving abortion because of the religious views of their providers.

Tamesha feels strongly that no one should have to go through what she went through, and we took legal action against the Catholic bishops who enforce those restrictive hospital rules. Unfortunately, we were not successful in her case, but her bravery has given other the women courage to tell their story.

For example, we recently filed a federal agency complaint on behalf of another woman in Michigan, Jessica Mann, who suffered from brain tumors and whose doctors strongly advised her to have a tubal ligation — commonly known as “getting your tubes tied” — when she delivered her baby. Despite the fact that her doctors told her that a subsequent pregnancy could kill her, the Catholic hospital at which she planned to deliver refused to allow her doctor to perform the procedure because of the directives.

Similarly, Rebecca Chamorro was denied a tubal ligation at the time she delivered her baby in a Catholic hospital. Even for women that don’t have an underlying health condition, a tubal ligation at the time of delivery is the safest for the woman and results in the most effective procedure. She agreed to bring a lawsuit, which is pending in California against one of the largest Catholic health systems in the country.

And Melanie Jones, a woman in Illinois, came forward after her health care provider refused to remove her intrauterine device after it had become dislodged after she fell in her home. Melanie was bleeding and cramping, but her doctor said that she was prohibited from removing the IUD because of the directives. Melanie decided to bring state and federal agency complaints against the health care system for turning her away when she needed critical care.

All of these women — and the many others in our report — are my heroes. They were just trying to make the best decision for themselves and their families when their lives were upended by the discriminatory treatment of Catholic hospitals. We all have the right to our religious beliefs, but that right cannot be used to discriminate against others or harm them.

Together we will make progress as more people come forward to tell their stories of discrimination. Only together will we be able to emerge from — as Samantha Bee recently put it —the Middle Ages. No one should be turned away from a hospital in her time of need.

If you or someone you love has been turned away from a Catholic hospital, we’d like to hear from you.