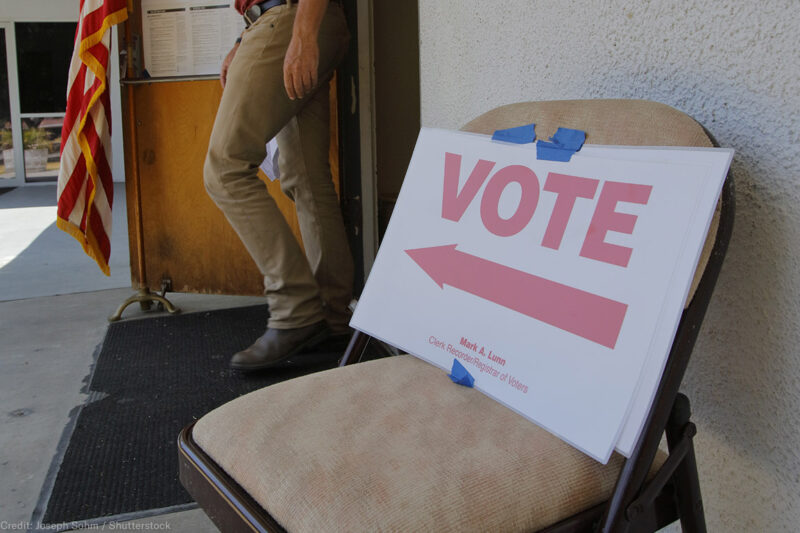 Criminal justice reform was on the ballot from coast to coast in the 2018 midterm elections. There were over 1,000 prosecutor elections. Pro-reform candidates ascended to powerful roles in cities like Birmingham, St. Louis, and Boston, including a historic number of first-ever Black and female district attorneys. Voters overturned Jim Crow laws in Florida and Louisiana. Judges that have tried to grind publicly supported reforms to a halt were swept out en masse by black women in Houston.

These results alone are truly historic. But like any election, the outcomes are a result of a variety of factors, many that have little to do with the public’s actual demand for criminal justice reform. Digging deeper, and looking not just at what was won but how these races were run, reveals a movement that is thriving and building the long-term momentum and political infrastructure needed to undo decades’ worth of tough-on-crime policies that have decimated communities.

It’s important to start with some perspective. At least since the 1980s, criminal justice reform has been an untouchable third rail in electoral politics. The 2018 midterms show that the landscape has shifted. This year, politicians across the country, led by Black candidates, took principled and passionate positions on criminal justice reform, including in high stakes gubernatorial races in Florida, Georgia, and Maryland, where they had everything to lose.

To be sure, in these places and elsewhere, their opponents continued the age-old tradition of stoking fear and racism to defend harsh and punitive approaches — with some success. But while such positions were mostly met with silence in the past, the 2018 elections show how years of sustained grassroots activism has now begun to open up the political space for candidates to run on unabashedly pro-reform platforms, often for the first time in generations.

This progress is notable simply from a historical perspective. It’s all the more remarkable, however, during a time when Trump administration has amplified a vicious and extremist push for a militarized, fear-based, and unconstitutional approach to public safety.

Despite, or perhaps because, of this atmosphere, many of these pro-reform candidates won, like John Creuzot in Dallas who was elected by overwhelming margins after pledging to slash incarceration by 15-20 percent by the end of his first term as district attorney. Or Danny Carr, who was elected as the top prosecutor in Alabama’s largest county after saying he would stop criminally prosecuting low-level marijuana offenses because Black people in Alabama are four times likelier to be arrested for marijuana offenses than white people despite similar usage rates. Instead, Carr will treat these minor drug offenses like traffic offenses. Or Locke Thompson, a Republican elected as the top prosecutor after embracing alternatives to incarceration in Cole County, Missouri, where 66 percent of voters cast a ballot for Trump in 2016.

Another hugely important change that did not make the headlines on Election Day is the dramatic shift in the number and type of candidates in critical local races. Take prosecutors, for example. In a landscape where 85 percent of elected prosecutors historically run unopposed and 95 percent are white men, 2018 was a watershed year.

There were more contested prosecutor races in 2018 that at any time in recent history. In those races, more candidates were people of color and women. And their backgrounds were far more diverse than ever before — public defenders, city council persons, judges — the type of experience that brings direly needed alternative perspectives to a field driven by a single-minded, lock ‘em up herd mentality for decades.

In other words, for the first time in at least a generation, many voters were actually being offered a choice between competing visions for the criminal justice system. The impact showed, in the number of people that turned out to learn about candidates’ positions, the ballots cast for elected prosecutor, and the community activists now energized to hold these newly elected officials accountable.

Perhaps the most important, under-the-radar development in 2018 was the progress made ensuring that people most impacted by mass incarceration are leading the work. People who have lived the urgency of this issue can describe in harrowing detail the impact these failed policies have had on their lives and their communities. They also offer an intimate understanding of the solutions.

The historic ballot initiatives in Florida, which re-enfranchised 1.4 million people living with a criminal conviction, and Louisiana, which eradicated a Jim-Crow era law allowing non-unanmious jury verdicts, were led and won by people like Desmond Meade and Norris Henderson, both of whom were formerly incarcerated. 74 formerly incarcerated or arrested people worked as canvassers on ACLU’s voter education campaigns in 2018. And these are just a few examples.

While the 2018 midterms show remarkable progress, there is nothing inevitable about success. At its core, America’s mass incarceration crisis isn’t a political problem, it is a cultural problem. The reform movement will succeed only by transforming our culture of punishment and retribution into one that makes human dignity and public health the central operating principles. Elections give us a glimpse into how much (or little) the culture is changing.

It will face stiff and determined resistance at every turn, driven by fear, racism, and straightforward bureaucratic inertia. In addition, the movement itself will have to grapple internally with setbacks like the crushing loss of a ballot initiative in Ohio that would have reduced severe prison sentences for drug crimes and reconcile trade-offs like those made in Florida, where voting re-enfranchisement was won while excluding nearly 70,000 people from eligibility who were convicted of murder and sex offenses.

But the 2018 midterm elections give much reason for hope. They show a dynamic movement that has moved the needle on the long-term transformative change that will be needed to overhaul the criminal legal system.