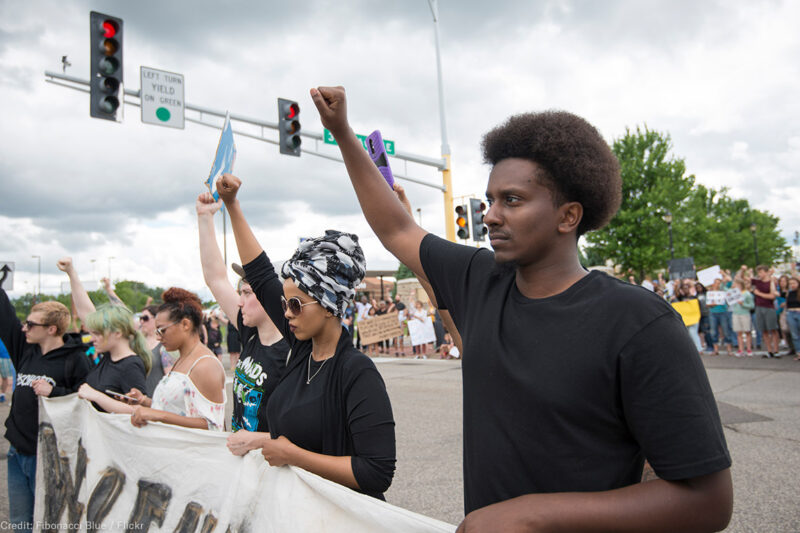 Wednesday morning I woke up in a better America when it comes to criminal justice reform.

On Election Day, voters in states across the country said enough is enough to America’s horrific criminal justice system. They voted for reforms that will change people’s lives for the better while expanding our civil liberties and civil rights. They also voted for reform-minded law enforcement officials and against the “law and order” types who have led to America’s epidemic of mass incarceration. In other words, they rejected Donald Trump’s divisive “tough on crime” rhetoric and policies in favor of criminal justice reform and reformers.

Here’s what we won last night in ballot initiatives.

Arguably the biggest win came in the Sunshine State.

Florida voters passed Amendment 4, a constitutional amendment that restores the voting rights to most people convicted of felonies after they complete the full terms of their sentences. The initiative needed 60 percent to pass. It received approximately 65 percent. In one fell swoop, 1.4 million people had their voting rights restored. It is the single biggest expansion of voting rights since the passage of the 26th Amendment, which lowered the voting age to 18 years old in 1971. With its passage, Floridians cast aside a leftover vestige of southern lawmakers’ attempts to suppress Black political power in the wake of passing the 15th Amendment, which granted African-Americans the right to vote. The ACLU won’t stop until all Floridians living with a felony record have their voting rights restored.

Voters also approved Amendment 11, the heart of which repeals a constitutional provision that prohibits lawmakers from amending criminal statutes to apply retroactively. This was an incredibly important win in the fight against mass incarceration. Now the Florida Legislature has the power to lower mandatory minimum sentencing laws and have them apply to people who are already serving harsh sentences. Lawmakers and criminal justice reform activists now have another tool to decrease the amount of people incarcerated in the state.

Voters in Louisiana put another nail in Jim Crow’s coffin last night by approving Amendment 2 with nearly two-thirds of the vote.

The ballot initiative killed a racist law that allowed split juries to convict people of felonies. As Vox noted, the state’s decision to allow non-unanimous jury convictions was a way to get around the 14th Amendment to the U.S. Constitution’s requirement to include Black people on juries. By requiring only 10 out of 12 jurors to convict someone of a felony, the state reduced the power of Black people on juries.

Aside from the rank racist origins of the practice, non-unanimous juries have led to gross miscarriages of justice. More than 40 percent of all those who have been recently exonerated of crimes in Louisiana were found guilty by non-unanimous juries.

Now only the state of Oregon allows a split jury verdicts to convict people of felony crimes.

Until last night, the state of Colorado made one exception to its prohibition of slavery inside its borders — people convicted of a crime.

Voters, however, said no more, passing Amendment A, which officially ended the state’s ability to extract labor from people inside its prisons’ walls without pay. Colorado is now one of the only states in the nation that forbids prison labor without pay. A similar ballot initiative failed just two years ago, once again demonstrating how committed activism can overcome adverse odds.

Since 2005, police in Washington state have killed over 300 people. Yet only one officer in all of these homicides has been charged with unjustifiably killing someone while on duty. He was acquitted.

The reason for this is straightforward. The state’s legal standard in police use-of-force cases is the worst in the country. Prosecutors must prove an officer had “malice” to hold that officer accountable for an unjustifiable killing, which is nearly impossible to prove.

The passage of Initiative 940, or I-940, with 60 percent of the vote last night should make it easier to hold officers accountable when they use deadly force inappropriately. The initiative changes the “malice” standard to one of what a “reasonable” officer would do in a similar situation. I-940, however, didn’t just change the legal standard for police use-of-force incidents. It also requires independent investigations of serious police violence as well as de-escalation and mental health training for police.

In a move with far-reaching racial justice implications, voters in Michigan legalized marijuana last night by a margin of 56 to 44 percent. With the passage of Proposal 1, the state will legalize, tax, and regulate adult use of marijuana, with the tax revenues of marijuana sales going to the state’s public schools, transportation funds, and local communities.

Also importantly, Proposal 1’s passage removes one tool the state used to criminalize behavior that should be legal. In 2016, police in the state made nearly 23,500 arrests for marijuana. Black Michiganders were disproportionately targeted. Police arrest Black Michiganders at a rate 2.6 times higher than whites, despite similar marijuana usage rates.

A Note on Ohio

The news wasn’t all good on election night.

Ohio voters rejected Issue 1, which would have turned fourth- and fifth-degree felony drug possession offenses into misdemeanors, stopped the flow of Ohioans entering prison for technical parole violations, and expanded opportunities for early release for people who participated in rehabilitative or educational programs. If enacted, Issue 1 would have put a massive dent in the addiction-to-prison pipeline while reducing the state prison population by 20 percent, saving taxpayers more than $100 million per year

Ohio is ground zero for the opioid crisis. So we will continue to fight for treatment and support — not incarceration — as the solution to addiction.

After last night, I’m optimistic that the midterm elections of 2018 will be remembered as the day American voters continued to reject the nation’s cruel, racist, and wasteful criminal justice system. In ballot initiative after ballot initiative state voters from coast to coast, in red and blue states alike, predominately chose to bring common sense and justice back to a system deprived of both for far too long.

The ACLU will continue to fight to ensure more states embrace our smart justice principles and reforms as we head into the pivotal 2020 elections.