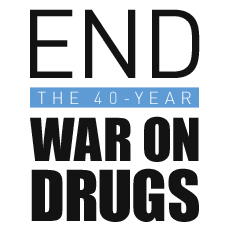 June 2011 has the unfortunate distinction of marking the 40th anniversary of President Richard Nixon’s declaration of a “war on drugs” — a war which has cost $1 trillion but produced little to no effect on the supply of or demand for drugs.

In 2001, I represented dozens of African-Americans who were charged and convicted of bogus, very low-level cocaine offenses in a small Texas town called Tulia. The only evidence against them was the uncorroborated testimony of one corrupt law enforcement officer, Tom Coleman. That didn’t stop my clients from receiving sentences of 20, 40, 60 and even 90 years. While the ending was ultimately a happy one, my clients spent four years in prison for crimes they did not commit while we worked to clear their names against a stubborn backdrop of entrenched racial bias and fear-driven crime and drug war policies that fueled the drug sweep and ensuing convictions.

The war on drugs has sent millions of people to prison for low-level offenses, and seriously eroded our civil liberties and civil rights while costing taxpayers billions of dollars a year, with nothing to show for it except our status as the world’s largest incarcerator. There are 2.3 million people behind bars in this country — that is triple the amount of prisoners we had in 1987 — and 25 percent of those incarcerated are locked up for drug offenses. Taxpayers spend almost $70 billion a year on corrections and incarceration. A far more sensible way to deal with a public health problem like drug addiction is to provide treatment, which study after study has shown is more effective than incarceration. Texas, for example, has implemented a number of reforms in recent years that prioritize drug treatment over incarceration, and its crime rate has dropped to its lowest rate since 1973 as a result.

Through advocacy and litigation, the ACLU has been seeking an end to this failed war on drugs and our costly addiction to incarceration for decades. For example, in the last legislative session, the ACLU of Maryland testified in favor of two bills that would work toward minimizing the practice of incarcerating individuals convicted of nonviolent drug offenses, offering treatment as an alternative.

Today we are increasingly joined by state lawmakers, judges, advocates, conservative and liberals alike, in recognizing that something is seriously wrong with our criminal justice system. Even U.S. drug czar Gil Kerlikowske admits the drug war strategy hasn’t worked, telling the AP: “In the grand scheme, it has not been successful … Forty years later, the concern about drugs and drug problem is, if anything, magnified, intensified.”

Most recently, in Brown v. Plata, the U.S. Supreme Court acknowledged that our policies of overincarceration have produced a crisis in California prisons, where extreme overcrowding has resulted in unconstitutional conditions. California is not alone in having a bloated prison system, but thankfully states around the country have already recognized what California now must: that it is “possible to reduce the prison population ‘in a manner that preserves public safety and the operation of the criminal justice system'” and also preserves the Constitution.

To reflect on the dubious occasion of the 40th anniversary of the drug war, and underscore the wide-reaching and devastating impact of drug policies over the last four decades, the ACLU is launching a month-long blog series dedicated to the need to end the war on drugs. Check back daily throughout June for posts about the drug war, its victims and what needs to be done to restore fairness and create effective policy.