In a recent interview with California Lawyer, Justice Scalia stated that women are not protected by the Constitution. Scalia told the magazine:

His comments fly in the face of 40 years of Supreme Court precedent. Since the 1971 case, Reed v. Reed, it has been clearly understood that the 14th Amendment prohibits discrimination based on sex. In decision after decision, many authored by conservative Supreme Court justices, this principle has been reaffirmed.

Indeed, the text of the Constitution simply states that the government shall not deny “any person” the equal protection of the laws. The 14th Amendment does not specifically mention race and the language is intentionally broad. Clearly women fall within the category of “any person.”

Scalia’s views are extreme and out of step with the mainstream. He says that nothing in the Constitution prohibits discrimination against women; rather, it is up to legislatures to ban discrimination if they so choose. However, the Constitution provides a safety net to protect against the will of the majority when fundamental rights — such as the right to equal treatment — are at stake.

If the Constitution did not prohibit discrimination against women, the government could treat women like second class citizens in a wide range of areas. States could legally bar women from serving on juries, women could be prohibited from owning property, the government could pay women less, and women could be excluded from public schools — all things that happened in the past, before women’s rights to equal protection were enforced.

It is troubling that a justice on the Supreme Court continues to espouse the view that women are not protected by the Constitution and worrisome that he brings this perspective to his decision-making. Luckily, the majority on the court — and of the public — do not share this view. We have come too far to turn back the clocks. 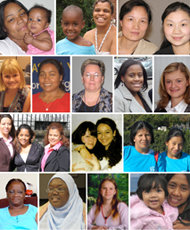