Criminal Justice Reform Is on the Midterm Ballot 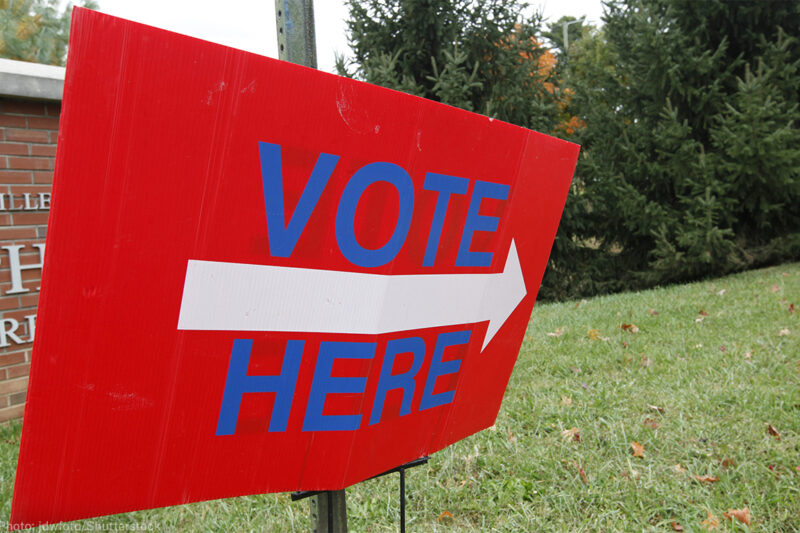 For more than 40 years, the United States has seen a surge in jail and prison populations, driven by extreme sentencing laws, aggressive prosecutorial practices, and tough-on-crime politics. The results have been devastating. One in three Black boys can expect to go to prison during his lifetime, which tears apart their communities. Today, with less than five percent of the world’s population, the U.S. has nearly 25 percent of its prisoners — a system that costs taxpayers at least $80 billion per year.

Which is why we need you to vote.

On Election Day, millions of Americans will cast their vote for Senate, House of Representatives, governor, state legislator, and district attorney. Voters will choose between candidates with different views on issues such as bail reform, the war on drugs, and police accountability.

That’s why the ACLU has launched Vote Smart Justice, a nonpartisan voter education drive to give Americans information about where candidates for office stand on key criminal justice reform issues. At votesmartjustice.org, users can access information on candidates’ voting history and public statements on criminal justice reform in more than 1,000 federal, state, and local elections.

In a new poll the ACLU conducted, 78 percent of likely voters nationwide said that they are more likely to support a candidate who believes in the need for criminal justice reform, including 71 percent of Republicans. Seventy-five percent of voters are more likely to support candidates who pledge to reduce racial disparities in the criminal justice system, including 63 percent of Republicans. Fifty-nine percent of likely voters want candidates who commit to reducing the nation’s jail and prison populations.

The Black Lives Matter movement pushed racist police violence and racial disparities in incarceration to the center of public dialogue. By 2016, in a stark reversal of past policy, both the Democratic and Republican party platforms included reducing rates of imprisonment, and district attorney candidates who ran on reform platforms — including in places like Illinois, Florida, and Texas — began to win. Even in deep red states that voted for Donald Trump, such as Oklahoma, voters also supported ballot initiatives to reduce sentences for drug and property offenses and to reinvest savings back into communities.

In 2017, reform candidates won elections with platforms that proactively embraced justice reform. In Virginia, for example, the Republican gubernatorial candidate went after his opponent, Democrat Ralph Northam, for supporting the right to vote for people who are formerly incarcerated and branded him as “weak” on gangs. Voters rejected that argument and handed Northam a sizeable win.

In deeply conservative Alabama, Democrat Doug Jones supported criminal justice reform — and even though President Trump repeatedly attacked him as “soft on crime,” he beat his opponent. And in Philadelphia, voters overwhelmingly chose Larry Krasner as their next district attorney, a candidate committed to racial justice and ending mass incarceration.

This year has the potential to bring even more breakthroughs for criminal justice reform. Americans want alternatives to President Trump and Attorney General Jeff Sessions, who have doubled down on the war on drugs and rolled back reforms.

Though Congress has failed to act, states are continuing to pass reforms in a bipartisan manner — including changes this year to the bail systems in New Hampshire and Georgia, sentencing in Massachusetts, parole in Utah and Mississippi, and the juvenile justice systems in Missouri and Washington. Gubernatorial races in Georgia and Florida are becoming battlegrounds for differing ideologies on criminal justice reform. And at a local level, we saw groundbreaking results for reform-minded district attorney candidates in major cities like St. Louis and Boston this summer.

Voters are increasingly aware of how elected leaders can implement criminal justice reform. They know that mandatory minimum sentencing and lack of meaningful parole puts too many Americans behind bars with fewer opportunities for release. They know that elected officials can reform our nation’s broken bail system, which keeps more than 450,000 people on any given day locked up in local jails even though they haven’t been convicted of a crime, often because they are too poor to afford cash bail. They know that the war on drugs has failed and that we must stop locking up Americans who experience drug addiction.

Voters know the criminal justice system needs to change. Now they’ll have greater tools than ever to elect people who are serious about changing it.