As The "Drug Testing Dragnet" Widens, The Poor Continue to be Swept In 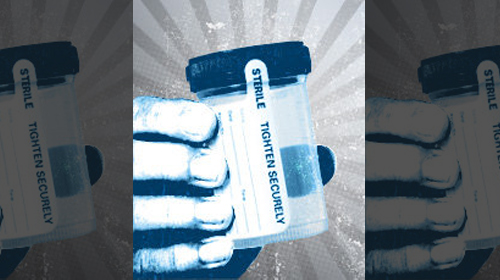 Heads up: mandatory, suspicionless drug testing is not just about violating your Fourth Amendment rights anymore. According to a recent in-depth look at what journalist Isabel MacDonald calls “The GOP’s Drug-Testing Dragnet,” it’s also about money – and lots of it. MacDonald reports that drug testing companies are eagerly cashing in on the recent urine-sampling frenzy that has impacted recipients of public benefits, government employees, and college students around the country. Not surprisingly, these companies are singing the praises of drug testing to curious lawmakers, while relishing the business boom that has accompanied this pernicious and unconstitutional trend.

In February, the 11th Circuit Court of Appeals upheld a lower court’s decision striking down a Florida law requiring Temporary Assistance for Needy Families (TANF) applicants to submit to suspicionless drug tests in Lebron v. Florida, an ACLU case. Introduced in the 2011 legislative session, the law was joined by similar proposals in more than two dozen states. And in 2012, Georgia introduced the charmingly named Social Responsibility and Accountability Act, a virtual carbon copy of the recently-debunked Florida law, which requires all benefits recipients to pass a drug test. But in spite of the 11th Circuit’s recent decision, the dozens of state legislative proposals mandating drug tests of individuals who apply for and receive various forms of public assistance do not appear to be losing ground. In fact, just yesterday, the Arkansas senate passed a bill mandating random drug tests for all recipients of unemployment benefits.

The insidious interests that drive these laws are thinly veiled at best. They perpetuate the inaccurate and offensive assumption that public benefits recipients use drugs at higher rates than the general public, and imply that the privacy rights of poor people and communities are worth less than those of the gainfully employed—at a time when more and more people in our country are hurting financially.

But as thousands of Americans struggle to make ends meet and turn to the government for help, drug testing companies are reaping the benefits of their misfortune.

While proponents of the bills have argued that drug testing protects taxpayers from the possibility that recipients of public benefits are spending their hard-earned money on drugs, this claim is baseless. When Florida’s law was halted after three months of implementation, only 2.6 percent of benefits recipients tested positive for drug use. (As Judge Barkett stated in her 11th circuit opinion, “[T]here is nothing inherent to the condition of being impoverished that supports the conclusion that there is a “concrete danger” that impoverished individuals are prone to drug use.”)

In addition, the unfortunate reality is that public assistance funds scarcely cover the costs of basic necessities such as food and housing. Indeed, because of inflation, the value of benefits has fallen at least 20 percent since 1996 in 37 states. As the Center on Budget and Policy Priorities reports, as of July 2012, benefits for a family of three with no cash income for all states were below 50 percent of the Federal poverty line. A family of three in Missouri receives $292 per month, while Tennesseans receive just $185. Doesn’t exactly leave much room for drug money, does it?

While Florida and Georgia are attempting to subject all TANF applicants to drug testing, absent any individualized suspicion whatsoever, other states have chosen to infuse some level of suspicion into their drug testing schemes—for instance, by having government employees fill out a questionnaire. But although such schemes may not be as overtly unconstitutional as the Florida and Georgia models, many of them also fall short of constitutional requirements. And one has to wonder why all of these proposals—suspicionless and suspicion-based alike—are targeting poor people, rather than the many other individuals receiving government assistance in one form or another.

At their core, all of these proposals exacerbate existing stigmas associated with receiving public assistance, and create unnecessary hurdles for families that are already struggling just to get by. As more evidence comes to light about who is benefiting from these laws, the reality that this disturbing legislative movement is built on the backs of America’s poor has never been clearer.