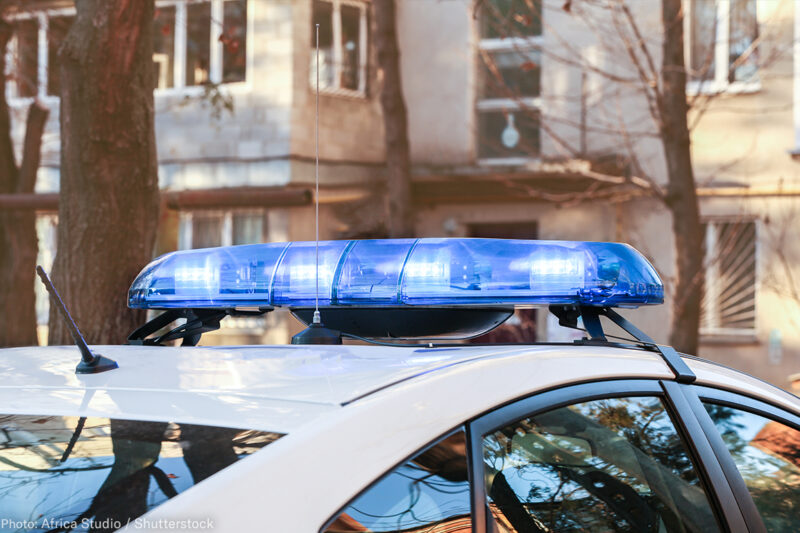 Tondalao Hall spent her 13th New Year’s Day inside a prison cell this month. The man who abused her and her young children never served a single day in prison. The details of Hall’s story speak volumes about criminal injustice in the nation today.

Thirteen years ago, Tondalao Hall’s ex-boyfriend and abuser, Robert Braxton Jr., pleaded guilty to breaking the ribs and femur of their 3-month-old daughter. Hall had not abused her children. She herself was also a victim of her ex’s violence. Prosecutors presented no evidence that Hall, then 19 years old, knew of any abuse against her children. On the advice of her original attorney, Hall signed a “blind” guilty plea — meaning, a plea without any deal with the prosecutor promising leniency. That plea resulted in a 30-year sentence for “failing to protect” her children from abuse.

Hall’s sentence violates the Eighth Amendment of the Constitution, which prohibits the government from handing out cruel and unusual punishments to individuals convicted of crimes, in two ways. First, her sentence is disproportionate to her crime in relation to Braxton’s light sentence. Second, it lacks any consideration of the abuse she endured and the choices she was forced to make as a result.

In a cruel coincidence, Braxton was released from custody on the same day Hall was told she’d serve 30 years in a maximum security prison. Now, after eight years of probation, he lives with minimal consequences for his violent crimes.

The ACLU of Oklahoma is representing Hall and seeking her release because she has been abused and denied justice. Her suffering mirrors that of so many women of color who have been the subject of unjust prosecution.

As a survivor of pervasive and horrifying abuse, Hall desperately needed the state’s protection and social services. Instead of protecting her and providing those services, the court system stripped her of her freedom and her family.

So what exactly made it possible for a mother to be sent to prison for someone else’s abuse of her children?

Oklahoma is one of 29 states that makes “permitting child abuse” a crime. Oklahoma’s statute was designed to ensure that those who witness abuse take action to prevent further abuse. The statue is supposed to encourage people to report crimes against children. In Hall’s case, the law was used not to protect children but to criminalize and punish a domestic violence survivor.

It is a mockery of justice to claim that Hall’s sentence protected any of the children Braxton abused. In fact, each survivor of Braxton’s abuse has suffered tremendously as a result of her prosecution. Hall’s three children have been left to grow up without their mother, while their abusive father signed away his parental rights. This May, Hall’s oldest son will graduate from high school while his mother remains locked away from her family.

Oklahoma incarcerates more women per capita than anywhere else in the world. Oklahoma imprisons about 151 out of every 100,000 women, which is about twice the national average. The state’s harsh laws and other “hard on crime” forms of over-prosecution disproportionately affect women of color. Black and native women make up a combined 16.7 percent of Oklahoma’s population, but 33 percent of the prison population.

Oklahoma also ranks among the top five states for women enduring extreme violence from their partners. Survivors of this abuse are overrepresented in jails and prisons. More than half of all women incarcerated in Oklahoma are survivors of domestic violence or sexual assault. Rather than address this problem through preventive services, district attorneys and lawmakers in Oklahoma have used the statute that landed Hall in prison to criminalize mothers enduring abuse, trauma, and adversity.

At the time Hall was arrested, she had been actively creating a plan to leave her abuser. But escaping a violent partner is much easier said than done, as the likelihood of serious violence or murder skyrockets when victims make moves to leave. As long as Hall’s abuser walks free, any claim that her sentence was about justice or protecting children rings hollow.

The ACLU of Oklahoma filed an application for relief today in Oklahoma County, under a post-conviction procedure that could see Hall freed. We want to end this nightmare for Hall. At the same time, success in this case would also create legal precedent for courts to grant greater weight to evidence of abuse, which could help protect other abuse victims in Oklahoma’s justice system.