Growing Up in the Segregated South, Struggle Brought Change 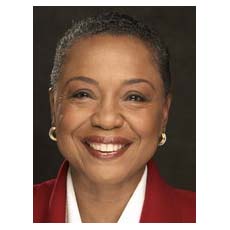 Emily Tynes is the Communications Director for the American Civil Liberties Union. Emily tells this personal story of growing up in the segregated south on the occasion of the opening of the Martin Luther King, Jr., monument in Washington, D.C.

When I was seven, or perhaps eight years old, my mother sent me to the shopping district of my hometown, Newport News, Va., to pick up a few items for my infant brother. He was only a few days old, and my mother was still confined to her bed. The trip was my first solo sojourn out of the “colored” part of town to the white “downtown” community. This may seem like an awesome burden for a young girl, but it was quite normal at the time.

I suppose my mother thought I had learned “the rules” of how to comport myself when leaving the safety of our all-black community. I had not. I boarded the segregated city bus and took the first available seat, which happened to be in the front. The bus driver pointed to the rear and told me to go sit there. That was the moment I realized my mother did not sit on the back of the bus because she preferred to, but because she had no choice.

After this experience the whispered conversations I overheard between by parents and my friends about sit-ins at the F.W. Woolworth five-and-dime, police dogs being let loose on children and a rousing preacher “way down south” named Martin Luther King Jr., made sense to me.

Struggle brings change. Within a year or two, segregated public transportation was ruled unconstitutional in Newport News. Days later, I begged my mother take me on that bus so I could sit in the front. (Well, we cautiously tested the waters by taking a seat near the front.)

Yesterday, a breathtaking and deeply moving monument to “the preacher down in the Deep South” opened on the National Mall in Washington, D.C.

Millions who visit it will reflect on the impact Martin Luther King, Jr. had on their lives. From him, I learned that being born black and poor was not the true measure of my worth. I learned that we all have an obligation to root out injustice wherever we find it. For, as Dr. King often said, “injustice anywhere is a threat to justice everywhere.”