Hidden Taxes Don't Belong Anywhere, Least of All in Our Justice System 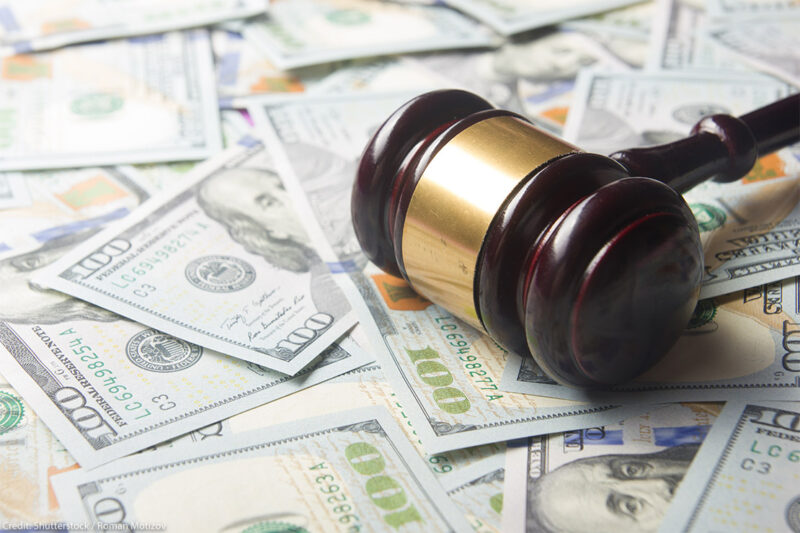 Fees in the justice system trap far too many people in a vicious cycle of debt and punishment. A burgeoning movement in states across the country is tackling this problem head-on.

Picture this: On your way home from work after a long week, you’re pulled over and issued a ticket for rolling through a stop sign. The fine is $75 — but once mandatory fees are tacked on, the ticket’s total cost is over $300.

What would happen if you couldn’t afford to pay this cost immediately? In most places in the U.S., your government would tack on additional fees and interest charges, suspend your driver’s license, or even issue a bench warrant — meaning that police could arrest and jail you.

This is just one of the ways that fees in the justice system trap far too many people in a vicious cycle of debt and punishment. Hard-working people living paycheck to paycheck are forced to make once-unimaginable choices: Do I forgo basic necessities like food, medicine, and housing for my family? Or do I pay all these fees in order to avoid arrest and jail?

A burgeoning movement is building momentum in states across the country to tackle this problem head-on. Americans for Prosperity and the ACLU, along with the Fines & Fees Justice Center, recently launched the End Justice Fees campaign to support and sustain advocacy efforts to eliminate fees charged to people at every stage of the justice system. Dozens of organizations from across the political spectrum have signed on as supporters, united in the belief that eliminating these fees is foundational to a fair and effective justice system.

While “fines and fees” are often spoken of in conjunction with one another, they are separate and distinct. Fines are ostensibly imposed as a punishment for violating the law, while fees exist solely to raise money for the government and try to recoup some of the costs created by law enforcement. In practice, fees are a hidden, regressive tax that harshly punish hard-working families living paycheck to paycheck.

Americans for Prosperity and the ACLU, along with the Fines & Fees Justice Center, recently launched the End Justice Fees campaign to support and sustain advocacy efforts to eliminate justice fees.

Over the past three decades, the number and amount of fees imposed by the justice system has grown exponentially, as states and municipalities have chosen to become reliant on them to fund their growing systems of policing, surveillance, and incarceration. Fees exist at every stage of the justice system — warrant fees, booking fees, pretrial supervision fees, diversion program fees, prosecution fees, probation fees, fees for medical care, phone calls and more during incarceration, and parole fees, among countless others.

Almost everyone charged with a crime is required to pay fees, from people charged with a minor traffic violation or a low-level misdemeanor, to those charged with more serious felonies — who typically spend years in prison without the ability to earn a living, only to reenter their communities trapped in insurmountable debt.

Fees devastate families and entire communities. Most people who are arrested and prosecuted for a crime are already low-income, as evidenced by the fact that about four out of five people in the system are eligible for a court-appointed attorney.

Fees are also disproportionately assessed against certain groups, given the massive racial and economic disparities pervading the justice system. Funding the system this way takes money directly out of the pockets of the families least able to afford them and further locks many individuals in a cycle of economic instability.

When governments rely on fees to fund essential government functions, it creates an incentive for unnecessary laws, regulations, and enforcement. Law enforcement officers spend an extraordinary amount of time and resources on arresting and booking people for minor offenses with hefty fees attached, or for not paying those fees.

We must demand that state and local governments find a better solution for funding the justice system — not only to alleviate the harms caused by fees, but also because fees are an inefficient and unreliable source of funding. While states and municipalities don’t track how much they’re spending on collections and enforcement costs, available research shows the cost of collecting fees consumes nearly 100 times as many taxpayer dollars as collecting revenue through taxation. In fact, some jurisdictions spend more money on collecting fees than what they are raising in revenue through those fees.

A growing number of states are recognizing the harms associated with justice fees and have begun to address them. Oklahoma, Kentucky, Louisiana, Texas, and several other states have recently eliminated some or all fees charged to youth in the juvenile system. And just this week, Delaware Gov. Carney signed legislation to eliminate a wide range of fees, including probation and parole fees, counsel fees, and juvenile system fees.

Join us and collaborate in efforts to End Justice Fees. Get started by taking action and showing your support for eliminating fees, and ask your friends to get involved too.