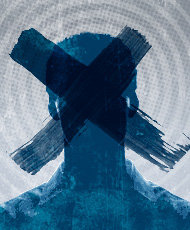 The California Supreme Court has just ‘sentenced’ our state’s taxpayers to an additional debt of at least $180,000 more per year. How? The state’s high court upheld the death penalty in two cases.

Imposing the death penalty adds enormously to the cost of prosecution and permanent lifetime housing for an inmate. The death penalty is certainly a polarizing public policy issue, but I wonder how many people realize that it’s also a vortex-like drain on their own pocketbooks.

Whether you’re for or against the death penalty, you are paying for it. Here are the staggering numbers, from a report by the ACLU of Northern California:

Altogether, Californians spend as much per year in pursuit of executions as the salaries of more than 2,500 experienced teachers, or 2,250 new California Highway Patrol officers.

Why are we putting our cash-strapped state and county governments, and ourselves, through this? The ACLU of Northern California’s county-by-county comparison, Death by Geography, found that counties that sentencing people to death do not experience lower homicide rates or raise rates of solving homicides.

Instead of California cutting $50 million from the fund for victims of violent crime, as the legislature and governor did last year, the ACLU California affiliates suggest the state cut its expensive death penalty. Instead of cutting programs emphasizing education, rehabilitation and addiction treatment, cut the death penalty. The state would save $1 billion over five years without releasing a single prisoner, including $400 million that would be saved by eliminating a new facility planned for death row inmates. Thousands of budget-minded Californians have joined our CUT THIS campaign.

As I testified to the Californian Commission on the Fair Administration of Justice in 2008: “California’s death penalty system is arbitrary, biased, expensive and susceptible to fatal error. It cannot be fixed. It should not be tinkered with. It should be ended.”