Local Police, Armed with the Weapons of War, Too Often Mistakenly Shoot and Kill 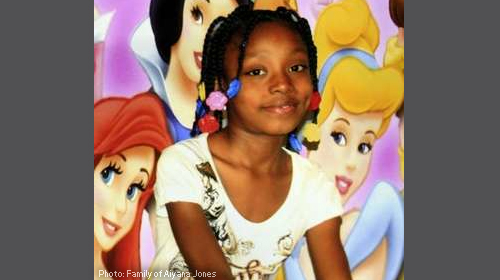 Seven-year-old Aiyana Jones was sleeping on the couch next to her grandmother when a SWAT team threw a “flashbang” through the window of her Detroit, Michigan home. The “flashbang” – a stun grenade originally developed for wartime raids – immediately set fire to Aiyana’s blanket. Seconds later, the SWAT team stormed through the door, and confused by the deafening and blinding effects of the “flashbang,” mistakenly shot Aiyana through the neck, killing her.

Questions abound in the wake of this 2010 tragedy. Did the Detroit police truly need amped-up military equipment routinely used in nighttime raids in Iraq and Afghanistan? Did access to the tools and tactics of a combat theater unnecessarily encourage more aggressive policing? If the police had not used a “flashbang,” would Aiyana still be alive?

Aiyana’s sad story is just one piece of evidence showing that our state and local police departments are becoming increasingly militarized – too often with devastating consequences. This trend is worrisome because wartime weapons and counter-terrorism strategies mark a shift in the very nature of policing strategies – and policing should be about community protection, and not about combat.

If the anecdotal evidence is any indication, tanks and counter-terrorism strategies encourage overly aggressive policing. SWAT teams have become a key part of increasingly militarized policing strategies. While only a fraction of SWAT-style raids result in actual charges of any kind, they often provoke fear, hurt individuals and families, and result in damages to personal property.

Take for example a SWAT raid in Arizona that went tragically awry. Dressed in full riot gear and toting massive rifles, a SWAT team attempted to serve a search warrant at an Iraq war veteran’s home as part of a multi-house drug crackdown. Jose Guerena’s wife became alarmed when she saw a shadowy figure standing in their front yard holding a gun. Jose instructed his family to hide in the bedroom closet, picked up his own gun – leaving the safety on – and stepped into the living room. Seconds later, he was dead – the SWAT team shot him 60 times. Representatives for the SWAT team defended shooting an Iraq War veteran 60 times – even after retracting their claim that Jose shot first – although they have declined to say whether they found any drugs in Jose’s house.

Through federal grant programs, state and local police departments have virtually unlimited access to military equipment and training at no cost. Although these wartime tools and tactics are free for cops, Aiyana’s and Jose’s stories remind us that there is great cost to communities.

Until now, the militarization of state and local police forces has accelerated with very little public scrutiny. It’s time to understand the true scope of this trend and the impact it is having in our neighborhoods. On March 6th, ACLU affiliates in 23 states filed over 255 public records requests with law enforcement agencies and National Guard offices to determine the extent to which federal funding and support has fueled the militarization of state and local police departments. Stay tuned as this project develops.

Click here more information about the ACLU’s project on the Militarization of Policing in America.