My Brother’s Not Afraid of Much. With COVID-19 in Prison, He’s Scared Out of His Mind. 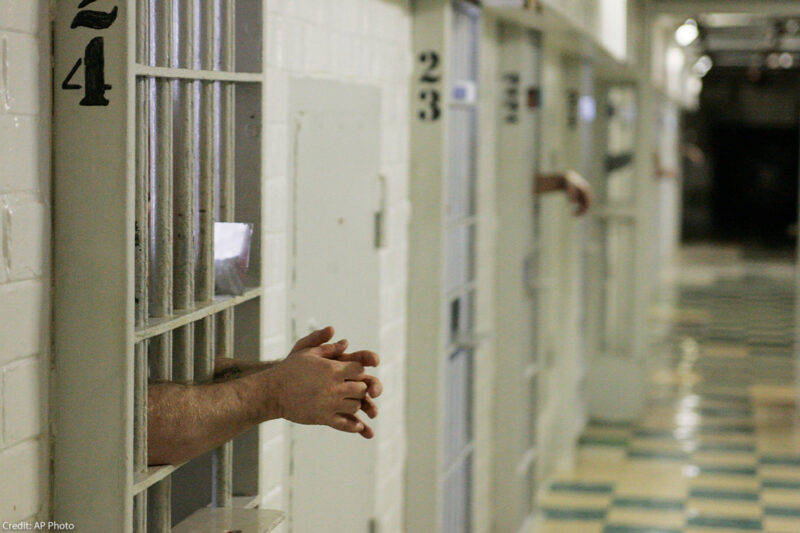 Scott Clements, a lifelong New Jerseyan, is fighting to save the life of his brother Brian, who faces a heightened risk of contracting COVID-19 in prison and has underlying health conditions that would make the virus a death sentence.

There’s not much that my brother Brian fears.

He’s 10 years older than me, a bear of a man physically, and his entire life he’s been a ball of energy. He coached my football team when I was a youth. He dreamed of becoming a business owner. The cleaning service he started from the trunk of his car grew into several companies with 50 employees. After a terrible car accident, he got a prison sentence, and has made it his goal to use that time to improve himself. He has a team of family and friends rooting for him, but no one is more optimistic than Brian about all of the things he’ll contribute once he’s out.

But when COVID-19 hit, that fearless outlook changed. The virus spread like wildfire through the New Jersey prison where he is incarcerated. Since March, he’s been scared out of his mind.

If my brother gets COVID-19, he’s never coming home. His release date is February 2021. If Brian contracts the virus, he will not make it. He’s 59, and has Type 1 diabetes, heart disease, and weight issues — all risk factors. During his sentence, medical staff left a catheter in for several months longer than they should have, and he nearly died from sepsis.

For my brother, every single day is literally the difference between life and death.

New Jersey has a shameful distinction when it comes to COVID-19: Despite success in containing the virus in other ways, the death rates in our prisons are the worst in the country.

There is currently legislation pending that could make New Jersey a leader in containing the pandemic, rather than a cautionary tale. This legislation, S2519/A4235, sponsored by Sens. Nellie Pou and Sandra Cunningham, Assemblyman Raj Mukherji, Assemblywoman Shavonda Sumter, and Assemblywoman Verlina Reynolds-Jackson, would release people from prison who have less than eight months to go on their sentence, advancing public health in two critically important ways. First, it would allow people to distance themselves outside of prison, an environment that’s like a cruise ship on steroids, where social distancing is impossible. Further, it would lower the prison population to make social distancing possible — not just for the people who are serving time, but for employees, medical staff, and the families they go home to.

Everyone who would be released under the legislation is getting out soon anyway. This bill would lessen the chance of dying in the short period of time before they can come home. Having passed through the New Jersey Senate last month, the bill must now be voted on in the assembly in order to go to the Governor’s desk.

If this legislation fails, the state of New Jersey sends the message that six extra months in prison is worth my brother’s life. As we’ve known since the pandemic began, it is imperative to reduce the prison population as quickly and safely as possible if we are to protect as many lives as we can from this deadly virus.

The possibility of death is extremely real. Through the course of fighting for my brother’s life, I’ve come to know Bernice Ferguson. Her son Rory had just celebrated his 39th birthday and was scheduled for release from prison within a matter of weeks. Bernice never got to throw the party she was planning to celebrate his homecoming. Instead, because he contracted COVID-19, she had to plan a funeral.

We are all human. We all make mistakes. My brother knows he made a serious one. He regrets it every single day, and he lives every day to make himself a better person. My 16-year-old son, inspired by the entrepreneurship of his uncle and godfather Brian, started a lawn care business of his own. For Brian’s 59th birthday, on Aug. 7, he sent his uncle a card with one simple message: “I just want my godfather to come home, so we can work together.”

Of the 3,000 people who would be eligible for release under S2519/A4235, Brian is in some ways luckier than most despite his health. He has me, our three other siblings, our mother, and a host of friends and family who love him, and who have the energy and knowledge to do what we can to fight for his release. But without legislation, there’s only a limited amount we can do.

Whenever another group of people in his prison leave en masse for quarantine, we talk and cry, worrying he could be next. We’ve had several conversations about end-of-life care. The reality of death is everywhere.

In recent weeks, we as a nation have surpassed yet another heartbreaking milestone: More than 1,000 people have now died of COVID-19 in prisons across the country. More must be done to save lives. Passing S2519/A4235 in New Jersey would do just that.

From the beginning of his sentence, my brother has worked to become a better person than he was when he was first locked up. Before that fateful accident, my brother had built successful companies and strengthened our community — he helped his employees get citizenship, helped families purchase their first home, gave people their first jobs.

When Brian puts his mind to something, he does it. Outside of prison, he’ll make an even greater impact than before. But to get that done, we have to get him home.

New Jerseyans, send a message to lawmakers to vote YES on S2519/A4235 and urge Governor Murphy to swiftly sign it into law.

An earlier version of the op-ed originally appeared in The Star Ledger.