The Next President Can Cut Incarceration Rates in Half 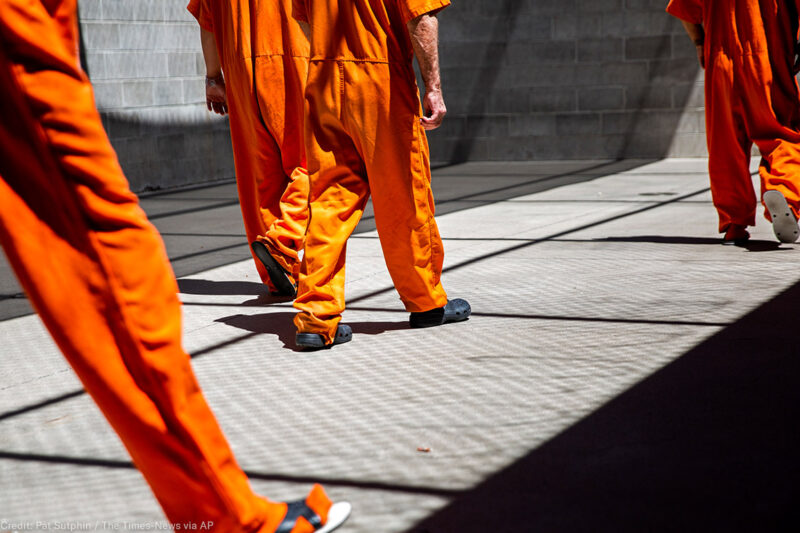 On any given night in the United States, more than 2.2 million people go to sleep behind bars in prisons and jails. People cycle in and out of jail more than 10 million times a year. The U.S. incarcerates more people, both in absolute numbers and per capita, than any other nation in the world.

This current state of affairs is the result of policy decisions made over the last several decades to lock up more people with longer sentences and to make it much easier to go back to prison once out. These “tough on crime” policies have disproportionately targeted Black and brown people, shattered neighborhoods, and separated families.

Bold leadership from the next president can help bring an end to this shameful era.

As part of our Rights for All campaign, we are asking candidates for president to pledge to cut the federal prison system by 50% by the end of their presidency and to work with states to cut their jail and prison populations by 50%.

The next president must tackle the country’s mass incarceration crisis in a way that restores fundamental civil liberties, upholds human dignity, combats racial injustice, prioritizes rehabilitation, and leads to safer and healthier communities.

Members of both parties have supported efforts to cut the jail and prison population, including efforts to reduce harsh prison sentences and pre-trial incarceration, invest in community-based social services, and use mental health treatment and substance abuse counseling as alternatives to incarceration.

Indeed, the recent signing of the federal First Step Act shows that efforts to reduce the number of people behind bars have bipartisan support. This federal legislation followed years of bipartisan activity in the states, where Republicans and Democrats have been working together to end mandatory minimums and scale back long prison sentences, end the war on drugs, grant parole to people who are ready to go back home, expand mental health services, hold prosecutors accountable for fueling mass incarceration, and much more. In 2018 alone, at least 122 criminal justice reform bills passed in the states. The result will be thousands of fewer people incarcerated.

We’re starting to see the returns on past efforts lead to significant reductions in incarceration. Bail reform, which is meant to reduce the number of people who are jailed before trial, took effect in New Jersey in 2017. And since then, the jail population has decreased by more than 20% while crime rates continue to go down.

There are a number of possible policy paths that could lead to a 50% reduction in the incarcerated population, but the biggest piece we lack is the leadership to get there. What we need is a president who can show it is possible by cutting the federal prison population 50% by the end of their presidency, while championing and incentivizing a 50% cut in the states.