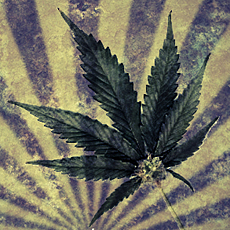 On Wednesday, the Obama Justice Department issued a new memo to all U.S. Attorneys clarifying the DOJ’s position on federal prosecutions of state-sanctioned medical marijuana use. It’s not good news.

According to Deputy Attorney General James M. Cole, the new Obama DOJ policy states that only medical marijuana patients and caregivers should be left alone by federal prosecutors. But those who cultivate or distribute marijuana are fair game. Cole writes:

[p]ersons who are in the business of cultivating, selling or distributing marijuana, and those who knowingly facilitate such activities […] regardless of state law […] are subject to federal enforcement action, including potential prosecution.

This new policy is a complete reversal of the policy the administration outlined just two years ago. In 2009, the Obama administration boldly and wisely declared that the federal government would no longer bring federal drug-law prosecutions against individuals in compliance with state medical marijuana laws, including distributors and cultivators. This humane policy, known as the Ogden memo — named after David W. Ogden, the Justice Department official who authored it — acknowledged the reality that marijuana is currently providing relief for between 750,000 and 1 million patients with serious illnesses like cancer and AIDS in the one-third of states that permit its medical use.

The Ogden memo’s inclusion of all state-compliant actors, not just patients, reflected the important practical fact that patients need to get their medicine from somewhere, and that prosecuting state-regulated distribution and cultivation systems, but not patients, leave patients with the legal protections they need but no actual medicine to relieve their pain.

What the Ogden memo recognized, in short, was that the war on drugs need not be a war on sick people.

The new policy outlined in the Cole memo is disastrous for patients and antithetical to public safety because it undermines efforts by states to set up carefully regulated distribution systems designed to help sick people get their medicine while preventing fraud and abuse. Exempting patients and caregivers while going after state-compliant suppliers will leave patients without a safe source for their medicine.

Either alternative is unacceptable from an administration that has loudly proclaimed its fidelity to the principle that politics should not trump science. The Cole memo is pure politics: it reverts to a politically “safe” war-on-drugs ideology while ignoring the practical effects of the new policy and the harms to real individuals.

This week’s sad development reminds us all that the rights of patients will not be fully secure until Congress changes the law to permit the use and regulated distribution of marijuana for medical purposes — thus placing patients’ access to their medicine above the vicissitudes of politics.