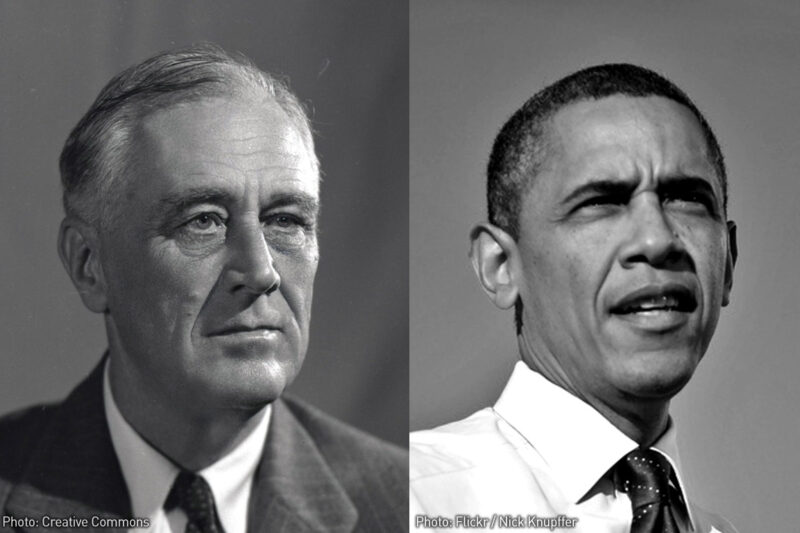 The Obama administration has repeatedly characterized its newly constructed family detention camps as “an effective and humane” way to keep families together, and threatened in court filings that ending family detention would “require ICE to separate… children from their parents” by keeping the parents locked up and releasing only the children. But last week, a federal court in California issued a blistering order that flatly rejected this argument. The court confirmed that the 1997 Flores settlement prohibits jailing immigrant children and requires officials to release parents and children together unless the parent “is determined to pose a significant flight risk, or a threat to others or the national security, and the flight risk or threat cannot be mitigated by an appropriate bond or conditions of release.”

The policy was conceived last summer in an atmosphere of xenophobia and hysteria, in response to large numbers of children and families fleeing violence in Central America and coming to the United States seeking protection. Secretary of Homeland Security Jeh Johnson claimed that incarcerating families would be an “effective deterrent” and “send a message” that “if you come here, you should not expect to simply be released.” But by locking up innocent mothers and children in an atmosphere of cruel uncertainty, family detention needlessly replicates the inhumanity that the U.S. government inflicted on Japanese-American families during World War II. As the daughter of civil rights hero Fred Korematsu recently stated, her father “would be horrified if he saw that the Obama administration is locking up Central American mothers and children in detention camps, also in the name of national security.”

That would be the wrong choice. The only reason not to obey the court order would be nakedly political: to project a “tough” stance on immigration issues in response to Republican pressure. But President Obama should draw a lesson from the last Democratic president who tarnished his legacy by starting and then unnecessarily continuing the mass incarceration of families for political reasons: President Franklin D. Roosevelt.

In February 1942, President Roosevelt indulged anti-Japanese hysteria by signing Executive Order 9066, which authorized the mass roundup and incarceration of Japanese American families — including my own family. But in November 1943, the head of the War Relocation Authority — the agency in charge of administering the incarceration program — asked the Army’s Western Defense Command to declare an end to the “military necessity” of incarceration, which would allow him to begin closing the prison camps.

Assistant Secretary of War McCloy intervened to prevent the closures, citing the “active and powerful” political groups agitating for permanently excluding people of Japanese ancestry from California. The proposal was dropped. Even though the Western Defense Command reported in July 1944 that “there is no longer a military necessity for the mass exclusion of Japanese from the West Coast as a whole,” the entire discussion was postponed until after the November 1944 presidential election.

In other words, the Roosevelt administration kept Japanese Americans wrongly incarcerated through the end of World War II, well past the point that even military officials deemed necessary, because officials feared an electoral backlash from racist pressure groups.

Maintaining that course allowed challenges to the incarceration program to reach the U.S. Supreme Court — including Korematsu v. United States, which was argued less than a month before the election, on October 11, 1944. When the now-infamous decision approving the Japanese-American incarceration program was released two months later, it ensured that FDR’s historical legacy would include what dissenters Justice Frank Murphy and Justice Robert Jackson described, respectively, as a “legalization of racism” and a “loaded weapon, ready for the hand of any authority” in future generations.

Last week’s court ruling presents President Obama with two possible paths: He can comply with the law, dismantle family detention, and release the children with their mothers — or he can heedlessly press on.

President Obama should stop his lawyers before it is too late. By appealing the district court’s order, President Obama will cement family detention as the most enduring element of his immigration legacy and ensure his administration is forever stained with having defended this cruel and unnecessary policy to the bitter end.