San Francisco’s D.A. Is Clearing Thousands of Marijuana Convictions. Others Around the Country Should Do the Same. 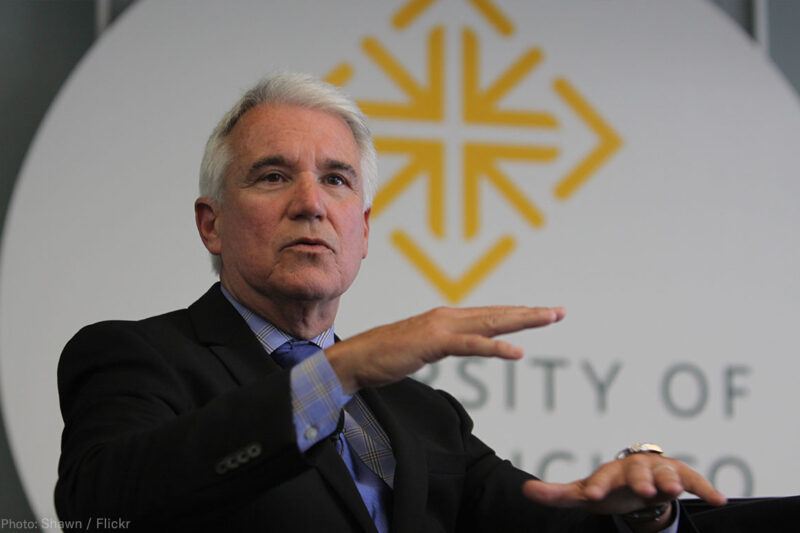 It has taken decades, billions of dollars, and thousands of laws to turn the United States into the largest incarcerator in the world. This system also imposes on millions of people harsh, unfair, and long-lasting consequences for having a criminal record. But it’s within the power of local prosecutors to start dismantling this machine – even without changing a single law.

San Francisco’s District Attorney, George Gascón, is showing the way. Last week, he announced that his office would erase thousands of marijuana convictions from people’s criminal records and automatically review thousands more dating back to 1975 to see if those convictions should be downgraded.

Explaining the decision, Gascón said, “We want to address the wrongs that were caused by the failures of the war on drugs for many years in this country and begin to fix some of the harm that was done not only to the entire nation but specifically to communities of color.

Black people are nearly four times more likely to be arrested for marijuana use as compared with whites, despite similar rates of usage. Steps like this one are essential as we work to combat the perverse racial disparities in our criminal justice system.

Like almost all prosecutors in America, Gascón is an elected official. His decision to take steps to address the lasting damage caused by ineffective and racist drug arrests is consistent with the will of California voters who supported a 2016 ballot measure legalizing marijuana.

Gascón’s decision is also consistent with the values of mainstream voters across the United States. Last year, the ACLU conducted a national poll that revealed strong bipartisan and geographically diverse support for prosecutors who are committed to reducing mass incarceration and racial bias in the criminal justice system. Among those surveyed, 91 percent said that they believe it is important for a prosecutor to prioritize reducing unequal treatment of individuals because of race.

For decades, prosecutors have used their power to pack jails and prisons. Voters have the power to put more prosecutors like Gascón into office, and to ensure that prosecutors are held accountable for reducing incarceration and addressing racial disparities throughout the criminal justice system.

Prosecutors should understand that reforming the broken criminal justice system is good policy, as well as good politics. The ACLU’s Campaign for Smart Justice recently launched a national non-partisan voter education initiative that aims to educate voters about the power and importance of their local prosecutor. In Philadelphia last year, the campaign worked alongside many other groups, knocking on doors and educating voters who ultimately elected Larry Krasner as their top prosecutor, a former civil rights attorney committed to criminal justice reform.

Likewise, voters in Dallas, Texas, will soon decide whether and how they want their next district attorney, in the state with the biggest prison population in the country, to carry out criminal justice reforms. The new district attorney will have enormous power to fix Dallas’ broken bail system and to ensure people are no longer jailed just because they are poor.

On Feb. 10, the ACLU of Texas will host a public forum where district attorney candidates will be asked to present their plans for reducing incarceration, eliminating cash bail, and addressing a number of other critical issues. Only by having this kind of information can voters in Dallas, and elsewhere the country, determine if candidates seeking the prosecutor’s office are likely to reflect the public’s reform priorities.