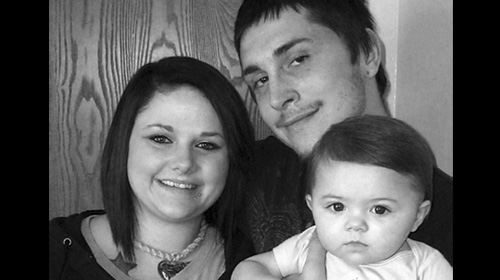 Debtors’ prisons sound like ancient history, right? Unfortunately, they’re all too common across the United States. In spite of the Constitution, case law, and common sense, low-income people are routinely jailed in places as far-flung as Georgia and Washington State simply because they cannot afford to pay their court fines.

Let’s define court fines, because it’s kind of shocking. “Court fines” could be as little as a couple hundred bucks because someone was pulled over while driving with an expired license. If you’ve just been laid off and have kids to feed, it might be hard to find a couple hundred extra bucks in your budget. Well, that can send you to lock up.

Not only does it cost the community quite a bit to jail someone (usually way in excess of the fine), but locking people up can trap them in the vicious cycle of poverty, debt, and incarceration that typifies the modern day debtors’ prison. Individuals incarcerated because they can’t pay minor court fines have lost their jobs, been evicted from their housing, suffered serious declines in their health, and faced family crises.

Not only are debtors’ prisons wildly bad public policy, they are unconstitutional. And yet thousands of people are still beaten down by the justice system simply because they cannot pay their fines.

Today, as a result of ACLU of Ohio advocacy following the release of Outskirts of Hope, our report exposing debtor’s prisons in Ohio, the practice has been dealt a major blow in our state. The Ohio Supreme Court released a “bench card” to every state and municipal court judge in Ohio explaining how they must avoid sending people to jail who are too poor to pay their court fines. This bench card is the first of its kind in the nation. It marks an unprecedented move by the Ohio Supreme Court to educate and hold accountable judges who ignore the law. The card provides judges with the legal alternatives to collect payments, and the procedure they must follow to determine a person’s ability to pay their court fines.

Ending the debtors’ prison cycle can turn lives around. Take the story of Jack Dawley, who had convictions from the early 1990’s due to his addiction to drugs and alcohol. In the mid-1990’s Jack became sober and tried to get his life back on track. Despite being sober for 14 years and paying what he could on his fines, Jack could not escape debtors’ prison. For years, Jack faced the threat of jail every time he fell behind on his payments, or had to miss work at his construction site due to a chronic back injury. Even after Jack had lost his job and his home, his judge still threatened to send him to jail if he did not pay his fines.

Jack had reached his lowest point when he decided to contact the ACLU of Ohio.

As a result of our report and intervention, Jack’s life has taken a dramatic turn. Since we released Outskirts of Hope, some Ohio courts even started changing their practices prior to release of the Ohio Supreme Court’s bench card. The Supreme Court made it pretty clear that the Judge in Jack’s case needed to follow the law and not send Jack to jail because of an inability to pay court fines. I spoke to Jack by phone last night to tell him about the release of the bench card and he was a different man. Jack informed me that he has a job at a fruit packing plant and was recently promoted to a floor supervisor. He saved money and was able to get an apartment, reinstate his drivers’ license, and get his car working again. In 10 months, he has gone from no hope and no opportunity to professing, “the sky is the limit.”

By taking action today, the Ohio Supreme Court has struck a deep blow against unconstitutional debtors’ prisons and restores hope to those trapped by poverty and injustice. It’s time the rest of the country did the same.