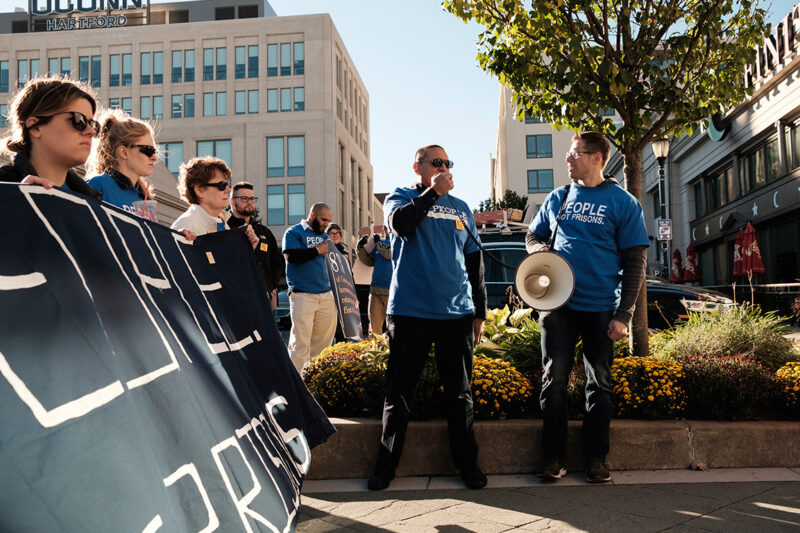 America’s locally elected prosecutors wield enormous and, all too often, unaccountable power. They have the authority to reinforce mass incarceration and racial disparities in the criminal legal system or combat these injustices. Across the country, voters are beginning to recognize the extent of this power, and they want them to use it for good.

Nearly 90 percent of Americans want an elected prosecutor who will prioritize reducing incarceration and racial disparities in the criminal legal system. And we’re starting to see that impact at the ballot box. In recent years, voters in cities like St. Louis, Chicago, Philadelphia, and Dallas have all elected prosecutors who ran on platforms of reforming the criminal justice system so that fewer people go to jails and prisons. But change takes time, in large part because the vast majority of Americans represented by one of America’s 2,400 elected prosecutors have no way of knowing if their prosecutor shares their priorities.

We want to change that. That’s why we today released a report, “Unlocking the Black Box: How the Prosecutorial Transparency Act Will Empower Communities and Help End Mass Incarceration,” which provides a roadmap for how states can bring their local prosecutors to the table to ensure they’re transparent and accountable to their communities.

Prosecutors have an incredible impact on both individual criminal cases and the criminal legal system at large. They decide who to charge and with what crimes. They decide, virtually unilaterally, whether an individual is diverted from the criminal system, thereby avoiding the collateral consequences of a criminal record. They resolve 94 percent of criminal convictions through a plea bargain where they primarily decide how the charges are settled. Prosecutors also make influential recommendations regarding bail and sentences.

Their decisions have a lasting impact on defendants, victims, families, communities, and state economies. For years, tough-on-crime prosecutors have increased the jail and prison population dramatically, lengthened sentences, and sent millions of people who would be better served with treatment or other social services into jails and prisons. Yet shockingly, public data about the decisions prosecutors make behind closed doors is basically nonexistent.

While some reform-minded prosecutors have taken steps to open up the black boxes surrounding their offices, those examples are few and far between. Transparency should not be a voluntary opt-in system. It’s information of vital public interest.

What’s needed is comprehensive and mandatory transparency from all prosecutors. The solution is statewide legislation that sets minimum transparency standards for elected prosecutors, ensuring that they collect and make public data and policies so they are available to the communities that they serve. The “Prosecutor Transparency Act” outlined in our new report creates a framework for how state legislators can hold their prosecutors accountable.

Prosecutorial transparency is the most important step in developing a public picture of local criminal legal systems. But transparency is easier said than done. Prosecutorial decisions are numerous and costly to track. This is why it is essential that we develop rigorous, standardized methods for data collection and publication.

Holding prosecutors accountable is impossible so long as prosecutorial power remains hidden from public view. Passing the Prosecutorial Transparency Act in every state is a necessary step toward reversing the nationwide crisis of mass incarceration and ensuring that communities have the information they need to hold these powerful elected officials accountable.