The War on Marijuana Has a Latino Data Problem 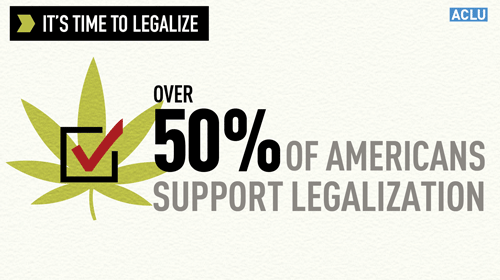 We know that the War on Marijuana unnecessarily drags hundreds of thousands of people into the criminal justice system every year for having marijuana. And, because of a new ACLU report, we know that it is Blacks who are disproportionately arrested– despite the fact that Blacks and whites use marijuana at comparable rates.

There are 52 million Latinos in the United States, yet we cannot track whether they, too, are targeted for marijuana possession arrests at disproportionate rates. Why? Because the FBI’s Uniform Crime Reports (UCR), the federal government’s data source for national crime statistics, does not keep data on ethnicity, and thus it is impossible to determine if an arrest is of a Latino or non-Latino.

Without this data, we do not have a full picture of how the selective enforcement of marijuana laws impacts all communities of color.

First off, the racial bias in marijuana arrest rates is likely even more pronounced than what we reported last week. In The War on Marijuana in Black and White, we found that Blacks are over 3.7 times more likely to be arrested for marijuana possession – a staggering racial disparity that exists nationwide. But consider this: most Latino arrests were likely counted as “white” arrests, meaning that the white arrest rate was artificially inflated. If Latinos also have a higher arrest rate than whites (which we suspect they often do), the disparity between Black and white arrest rates would likely have been even larger.

The UCR’s failure to track Latino arrests separately also obscures the devastating impact that marijuana arrests can have on Latino communities. In New York, one of only two states for which Latino arrest data is available, Latinos are arrested at nearly four times the rate of whites. Arrests derail lives. Take Marisa Garcia, who was profiled in our report. On her 19th birthday, just before she was going to start her first year at California State Fullerton, she was caught with a tiny amount of marijuana and had to plead guilty to a possession charge. Marisa paid a hefty price: she was rejected for student financial aid because of her conviction, jeopardizing her chance to earn a college degree. The negative consequences of a marijuana conviction cannot be overstated—an arrest can also affect eligibility for public housing, employment opportunities, child custody determinations, and immigration status.

The UCR’s failure to track Latino arrests as a separate category also conceals the racially targeted policing that we suspect is at play in Latino communities, just as it is in Black communities. The significant increase in marijuana arrests over the last 20 years can be attributed in part to policing strategies that concentrate on the hyper-enforcement of low-level, quality-of-life offenses predominantly in communities of color. These arrests are often carried out through aggressive stop-and-frisk and racial profiling tactics that run afoul of the Constitution.

Lawmakers are increasingly relying on data to formulate evidence-based policies to better address crime and increase public safety. But when the data fail to capture potential problems that current drug policies and police practices might be having on the Latino community, it is difficult to craft solutions. This is why it is critical that we have a clearer idea of how marijuana laws are being enforced on all people and communities.

Click to read the ACLU’s new report The War on Marijuana in Black and White: Billions of Dollars Wasted on Racially Biased Arrests.