Why is Missouri So Afraid of Finding out Whether Lamar Johnson is Innocent of Murder? 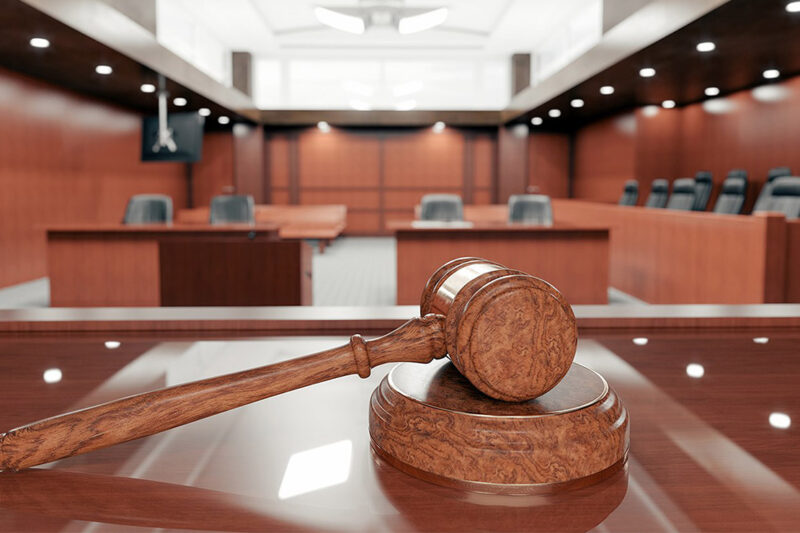 A trial court’s rejection of the findings by Circuit Attorney Kim Gardner’s Conviction Integrity Unit is the latest example of the powers that be standing in the way of justice.

In 1994, the St. Louis Circuit Attorney’s Office committed gross prosecutorial misconduct in order to convict Lamar Johnson of murder. They knowingly presented perjured testimony, fabricated facts to negate Johnson’s strongly corroborated alibi, and buried the fact that a prime witness against him was a paid jailhouse informant. Twenty-five years later, that same Circuit Attorney’s Office, now led by Kim Gardner, is doing everything it can to get Johnson a new trial so the truth can vindicate him. But the Missouri establishment is fighting her tooth and nail, all while Johnson languishes in prison for a crime he almost certainly didn’t commit.

The only reason Johnson has a fighting shot at liberty today is that Gardner, like a handful of recently elected, reform-minded prosecutors, created a Conviction Integrity Unit to review questionable cases like his. Gardner’s CIU produced a 70-page report cataloging the misconduct in Johnson’s case and used it to move for a new trial. It should have been a no-brainer, but a Missouri judge rejected the request — not based on the evidence itself, but because Johnson had technically missed the deadline for filing a new trial motion.

The trial court got it wrong, and today the ACLU, ACLU of Missouri, and the Innocence Project filed an amicus brief explaining why. It’s simple — Missouri courts, like all state and federal courts — have the inherent authority to prevent miscarriages of justice like this. Specifically, no potentially innocent man should be held behind bars and refused a retrial because of a technicality, without so much as a hearing to test the evidence and expose the state’s wrongdoing. The trial court could have actively avoided this black letter law in denying the motion.

Given the clarity of the legal question here, we have to ask ourselves why the Missouri courts — as well as the state Attorney General, who opposed the new trial motion and would represent the state in further proceedings — are bending over backward to avoid learning the truth. After all, the justice system in Missouri has always supported a prosecutor’s discretion to follow the evidence where it leads, just as Gardner and her CIU have done here. Is the difference that Gardner dared to use that discretion to vindicate a man, rather than keep him locked up? Is it that Johnson is Black? Is it that Gardner is a young, Black, female elected prosecutor who has upset St. Louis’ good old boys club, including investigating the notorious St. Louis police? Or is it that punishment and racism are so deeply ingrained in our criminal justice system that any indication that we get it wrong from time to time — even if getting it wrong means stealing a man’s life — must be fought to the hilt, lest the entire house of cards comes crashing down?

These are all fair questions to ask because Lamar Johnson’s story is hardly unique, nor is the institutional pushback against Kim Gardner’s attempts at reform. Nationwide, a new wave of prosecutors who dare to challenge mass incarceration have been met with resistance at every turn, even when deploying the same discretion that previous prosecutors have enjoyed.

In Boston, District Attorney Rachael Rollins dropped criminal charges against protestors exercising their First Amendment rights and was forced to defend that discretionary decision in Massachusetts’ highest court (she won). In Philadelphia, the federal U.S. attorney is waging a public war against local DA Larry Krasner instead of working hand in hand with him to administer justice. In Baltimore, Governor Larry Hogan is attempting to steal cases from State Attorney Marilyn Mosby to show how tough on crime he is. And in Chicago, the local police union has publicly expressed “distrust” in State Attorney Kim Foxx, who was elected in part because she correctly distrusted the police’s own cover-up of the Laquan McDonald murder.

Unsurprisingly, these prosecutors also share another thing in common — they’ve all instituted Conviction Integrity Units to help ensure that wrongful convictions become a thing of the past.

To be clear, none of these prosecutors is perfect, nor is prosecutorial discretion an unmitigated good. When prosecutors do what is right, they deserve support, just as they deserve critique when they are wrong. Unfettered discretion helped get us into the mass incarceration mess in the first place. Even reform-minded prosecutors can better restrain their discretion across a variety of issues, including not appealing tainted convictions and not coercing plea bargains from vulnerable defendants, even though they can.

But when prosecutors recognize the damage their predecessors have done — including the horrific harm of a wrongful conviction — deploying discretion to right that wrong is the height of justice and should be celebrated, not demonized. Accordingly, we hope the Missouri appeals court will deploy its discretion to right the wrongs done by the district court in Lamar Johnson’s case, and give him the new trial he so obviously deserves.