Why Low-Level Offenders Can Get Longer Sentences Than Airplane Hijackers 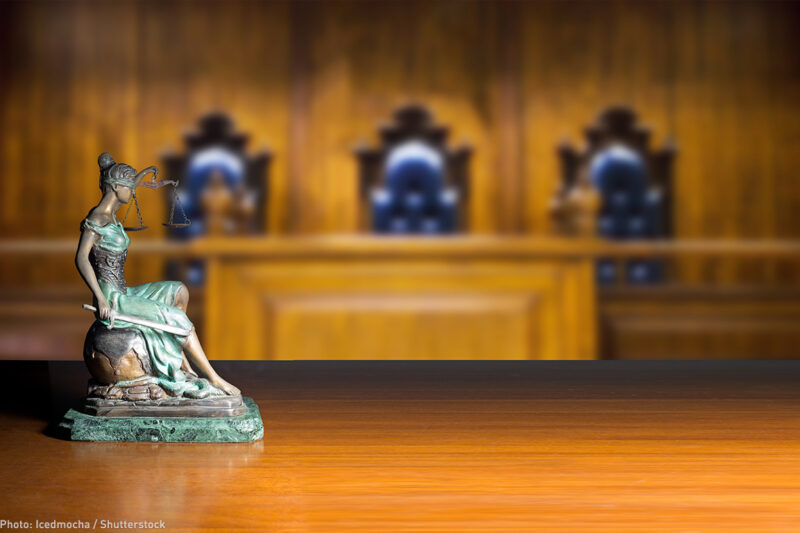 Marion Hungerford has a severe form of borderline personality disorder that led to her numerous suicide attempts. As her mental state deteriorated, her husband of 26 years left her. Alone and unable to support herself, she began a relationship with a man whom she helped to commit a string of armed robberies. She never even touched the gun the man used for the robbery. Even though this was her first offense, Hungerford was sentenced to 159 years in federal prison.

Her case tells us everything we need to know about a set of harsh sentencing laws, particularly one known as “924(c),” that prosecutors use to swell prison populations and perpetuate injustice. There are already too many stories like hers, and Attorney General Jeff Sessions’ charging and enforcement policies — which roll back the previous administration’s more enlightened approach — will only worsen the problem and fuel mass incarceration across the nation.

The details of Hungerford’s case do not match her over-a-century sentence. She “took no active part other than driving [the man] to or from the scene of the crime or casing the stores that [he] later robbed,” as one of the judges who reviewed her case explained. Together, they stole fewer than $10,000. No one was injured during the crime. The man turned on Hungerford in exchange for leniency in his sentencing — he got 32 years. At trial, a psychiatrist testified that she had a “very low capacity to assess reality” and “low level of intellectual functioning.”

Revealingly, people who commit much more serious crimes can receive a lighter sentence. As the First Circuit Court of Appeals has explained, “[u]nder federal law, ‘an aircraft hijacker . . . , a terrorist who detonates a bomb in a public place . . . , a racist who attacks a minority with the intent to kill and inflicts permanent or life threatening injuries . . . , a second-degree murderer, [and] a rapist,’ … would all be subject to less harsh sentences than” Hungerford.

These harsh sentences for low-level offenses are possible because of a little-known law that must be named and changed so we can build a smarter and more equitable criminal justice system.

The legal code in question, 18 U.S.C. 924(c), functions as an add-on charge that federal prosecutors can use at their discretion to massively increase the sentence for a crime of violence or for a drug crime. If a prosecutor charges a defendant with three counts of a drug crime and the judge sentences them to five years on each count, those three five-year terms would typically be served concurrently, not consecutively. So the actual time served would be five years. But, if the defendant possessed a firearm in the commission of that crime or conspired with someone else who possessed a firearm during those drug crimes, the prosecutor can charge three corresponding counts under 924(c).

Under that law, the total sentence balloons to a whopping 60 years. That’s five years for the first 924(c) conviction and 25 years each for the second and third convictions, all of which have to be served consecutively to the drug sentences and consecutively to each other. These “stacked” 924(c) charges account for how a first-time offender who never touches a gun or drugs and never injures or threatens anyone can get a sentence of over one hundred years in prison — a “forever sentence.”

And prosecutors can bring these charges even if the gun was unloaded or broken. Even worse, because 924(c) carries mandatory minimum sentences, it is prosecutors, not judges, who get to decide whether a defendant receives a forever sentence. If the prosecutor charges a defendant with 924(c) counts and that person is convicted, the judge’s hands are tied. That judge is forced to sentence the defendant to die in prison, even if the judge believes it’s not a fair sentence.

Indeed, the judge in Hungerford’s case wanted to sentence her to seven years, but couldn’t because of the 924(c) convictions. In an exceedingly rare turn of events, Hungerford eventually benefited from prosecutorial discretion after she was victimized by it. When a new prosecutor looked at her case, he recognized the egregious injustice that had been done and consented to an extraordinary settlement to reduce her sentence to the seven years the judge thought was appropriate. Those are the kinds of prosecutors we need more of.

Instead, we have Attorney General Jeff Sessions instructing federal prosecutors to bring the harshest possible cases against defendants and specifically to focus on low-level gun offenders. Importantly, there are ways prosecutors can hold people accountable for possessing a gun during the commission of a crime without triggering these wildly disproportionate sentences in cases where they are not justified.

For example, they can seek an enhanced sentence through the federal sentencing guidelines. Unlike mandatory minimum sentences, under which judges essentially lose their authority, these guidelines are just a starting benchmark for judges and allow them to craft what they believe is a fair sentence given the specific facts in each individual case.

The Eighth Amendment, which is supposed to protect us against cruel and unusual punishment, should serve as a check when prosecutors forget that their job is to do justice, not needlessly lock people up for decades and decades. Unfortunately, the U.S. Supreme Court has eviscerated the Eighth Amendment. Indeed, the Supreme Court’s current interpretation of this constitutional right prevents lower federal courts from invalidating “grossly disproportionate” sentences like the ones described here.

Put in simple terms, the court is getting it wrong.

Tellingly, every judge on the First Circuit Court of Appeals recently concurred in an order imploring the Supreme Court to reconsider the “nearly three-decades old” decision that required them “to uphold” a 924(c) “greater-than-life sentence.” The precedent, as it stands, requires judges to impose and uphold sentences that they believe are “barbaric.”

Congress could address part of the problem by passing S.1917, the Sentencing Reform and Corrections Act. Among other reforms, this legislation would amend section 924(c) so that prosecutors cannot stack multiple charges in a single case for a first-time offender. These changes in federal law would result in fewer people being subjected to overly harsh mandatory minimums sentences that are unjust and unnecessary for public safety.

We must fight against extreme mandatory minimum sentences as well as prosecutors who support and use them, including Jeff Sessions. Until prosecutors abandon this tool, Congress changes the law, or the Supreme Court gives us an Eighth Amendment that lives up to its worthy promise, we will only see more “forever sentences” for low-level offenders.