Will Trump’s Inauguration Be the Day Clemency Died? 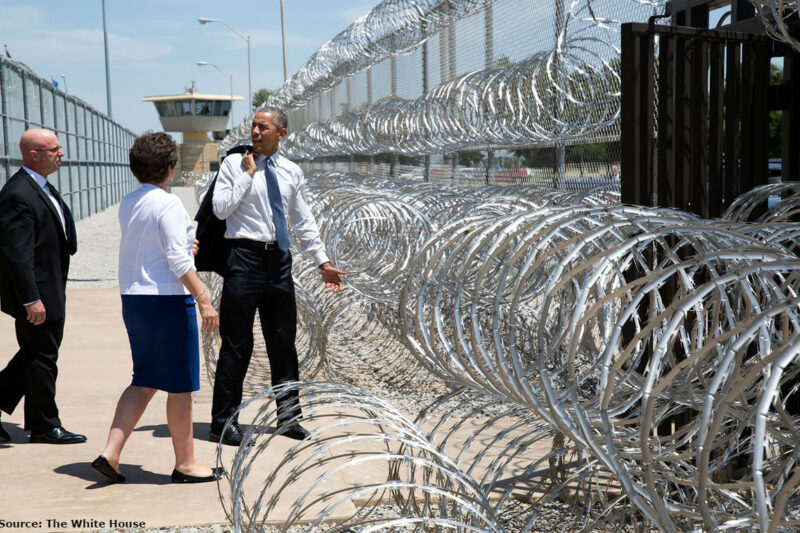 In the second piece in the series, “Waking Up in Trump’s America,” Jason Hernandez discusses his anxiety that clemency will screech to a halt under a Trump administration. Jason, who was sentenced to life in prison without parole for a nonviolent drug crime, is one of nearly 1,200 Americans who have had their sentences commuted by President Obama during his time in office.

As someone who was fortunate to have his sentence commuted by President Obama, I am frequently asked, “Do you think President Trump will carry on President Obama’s Clemency Initiative?” And I jokingly say, “If Trump had the authority, I have no doubt he would put me back in prison and everyone else President Obama granted clemency to.”

But with Trump’s inauguration nearing, it feels more like a funeral to me, and the dead body being buried is clemency. During the campaign, Trump said that he would be the “law and order” president. With Trump’s nomination of Jeff Sessions as attorney general, a big fan of mandatory minimums, he followed through on his “law and order” rhetoric in form and substance.

Obama’s campaign ran on hope, and I experienced it firsthand through my freedom and the hope that others like me would experience it too. But now that hope is gone.

Now the reality sets in: There will be nonviolent drug offenders, many of whom are minorities, who will die in prison. I know this because these individuals were already dying from old age and other illnesses when I was in prison, such as Ramsey Muniz, who is in his seventies and can barely walk. Many have been inside since the late ’80s because of draconian mandatory minimum sentences.

The truth of the matter is that Donald Trump, of all people, should understand the morality of clemency and the truth that we all make mistakes. Throughout his life, Donald Trump has had to defend himself against many claims — some immoral and some even subject to imprisonment. His voters, however, looked past the wrongs he had allegedly done in the past and judged him based on what he could do for this country in the future.

When President Obama was visiting El Reno Prison, he stated that “he could have easily been one of those inmates.” Indeed, based on Trump’s past actions, he could very well have found himself in prison with someone like me. Yet he is now president of the United States — the most powerful man in the world. If Americans were willing to give him a second chance, then he should give Americans in prison for nonviolent drug offenses second chances, too.

Since I’ve returned home from prison, I’ve helped obtain the release of three inmates serving life without parole through Obama’s Clemency Initiative as well as assisted dozens of family members in pursuit of a second chance for their loved ones in prison. These are people who deserve clemency, such as Eva Atencio Palma and David Morris Barren. Both have turned their lives around after being sentenced to life without parole for nonviolent drug crimes.

Because of this work, I’m contacted nearly a dozen times by inmates and their family members asking for my help. For the past month, however, the calls, text, emails, and voice mails from families and inmates have increased 10-fold. And I don’t know what to tell them anymore. I can’t tell them that their loved one will probably die in prison, though this is the stark truth. It hurts because I know many of these individuals in prison, and I know many families with loved ones inside.

Obama’s campaign ran on hope, and I experienced it firsthand through my freedom and the hope that others like me would experience it too. But now that hope is gone.