William Barr Was an Ardent Champion of Mass Incarceration 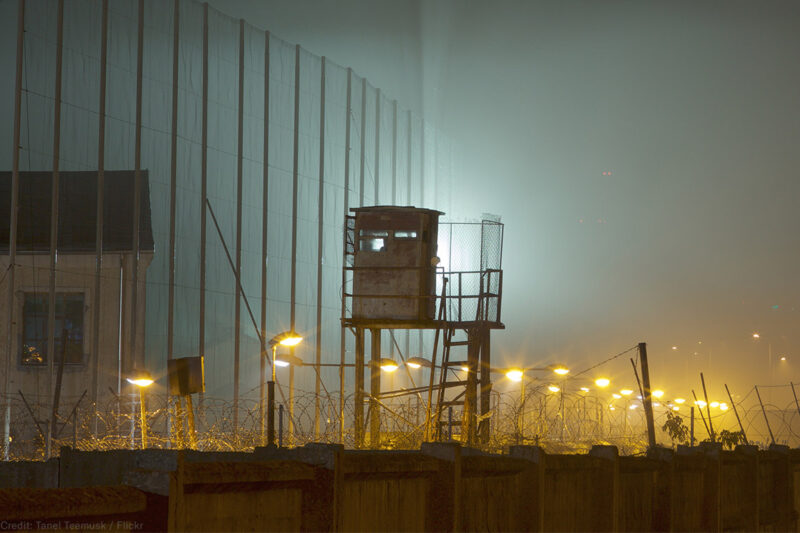 In 1992, a little less than a year into his new job, Attorney General William P. Barr added to the zeitgeist of “tough-on-crime” policies when he issued the Bush administration’s “24 Recommendations to Strengthen Criminal Justice.” Barr’s harsh approach, which included expanding capacity for pretrial detention and offsetting the cost of such expansion with the labor of prisoners, was distilled by the Office of Policy and Communication and given an unequivocal title, “The Case for More Incarceration.” At the time, there were about 850,000 people incarcerated across America’s state and federal prisons — the highest number to that point.

With Barr’s confirmation hearings for attorney general scheduled for next week, his writings on criminal justice deserve careful scrutiny from members of the Senate Judiciary Committee, especially as the nation increasingly rejects policies that led to the current crisis of mass incarceration. Barr was an ardent champion of policies that have transformed America into the world’s leading incarcerator, and there’s little reason to believe that his opinions have changed. The Senate Judiciary Committee must inquire as to whether he still believes that prison expansion is the best response to crime.

Barr’s thesis in “The Case for More Incarceration” wasn’t subtle: “There is no better way to reduce crime than to identify, target, and incapacitate those hardened criminals who commit staggering numbers of violent crimes whenever they are on the streets.” Barr blamed “a small group of hardened, chronic offenders” and “violent predators” for America’s pain.

He distilled the essence of his prescription to three simple points: “First, prisons work. Second, we need more of them. Third, inadequate prison space costs money.” For Barr, mass incarceration had no negative effects — “the most common objections to incarceration do not hold up to scrutiny.”

And a failure to incarcerate, he argued, will only cost the nation in tax revenue, jobs, and property value. He then suggested a simple solution — cutting the use of parole and probation as a crime-reducing measure because individuals who benefit from such arrangements of release commit “avertable crimes.”

These views have long been rejected by scientific research, and a bipartisan consensus has formed that America’s prison population is far too large. But Barr seems captured in the very reflexive “tough-on-crime” politics that so many others have rejected as naïve, costly, and inhumane.

The report also found that harsh policies propel the expansion of incarceration by mandating longer sentences that have little preventative utility and can instead “have the effect of increasing post-release criminality.” The NRC also found that when it comes to crime reduction, the “incremental deterrent effect of increases in lengthy prison sentences is modest at best,” and that “overreliance on the severity of punishment” has not been proven to be good crime-reduction policy.

In the last 40 years, the amount of people held in prisons and jails has increased by 500 percent. Since 1991, when Barr first took office as attorney general, America’s incarcerated population has nearly tripled. This increase is a consequence of a myriad of policies, many of which Barr advocated, such as expanding the use of pretrial detention in local jails.

Between 1993 and 2008, the jail population increased from 223,568 to 472,607 people. According to the Prison Policy Institute, this increase is “driven by the rise of pre-trial detention and in the holding of people for other agencies.” Many of these people have not been convicted of a crime and remain detained because they are too poor to pay for release. In 2017, Human Rights Watch found that in California, at least 63 percent of people in county jails “have not been sentenced, but are serving time because they cannot afford to pay bail.” Furthermore, in federal prison, the increase in the overall population is not largely violent offenders, as Barr would suggest, but “lower-rate and lower-level offenders.”

Twenty-eight years ago, Barr’s tough-on-crime attitude was revered by the Senate, and he was swiftly confirmed. Today, many Americans and an increasing number of members of Congress see it for what it is: an unduly harsh and counterproductive waste of resources and human potential that disproportionately damages the most vulnerable communities in America.

In recent years, many states and the federal government have responded by taking measures to reduce criminal sentences and incarceration as well as make the system fairer. Louisiana, Arkansas, Michigan, and Hawaii, for example, have expanded probation eligibility to steer offenders away from prison in the first place, while Connecticut, Michigan, Mississippi, Rhode Island, and South Caroline have all reduced their incarcerated populations between 14 and 25 percent in the past decade. And last month, Congress passed and President Trump signed the First Step Act, which, among its many modest reforms, allows judges discretion to reject mandatory minimums for drug offenses.

Voters have also made their voices heard at the ballot box, too, approving more criminal justice reforms during the midterms. In Florida, which was one of four states that permanently barred former felons from voting, voters restored the franchise to approximately 1.4 million people, and in Louisiana, voters finally ended the practice of non-unanimous juries. Voters also rejected the war on marijuana. In Michigan, voters approved recreational use of marijuana, while Oklahoma, Missouri, and Utah approved medical marijuana use.

As the country embraces criminal justice reform and seeks an end to mass incarceration, the Senate Judiciary Committee must determine if Barr is still the same champion of mass incarceration that he was a quarter-century ago. As the committee prepares to question Barr on his record, it should reaffirm a commitment to reform or face the political consequences.