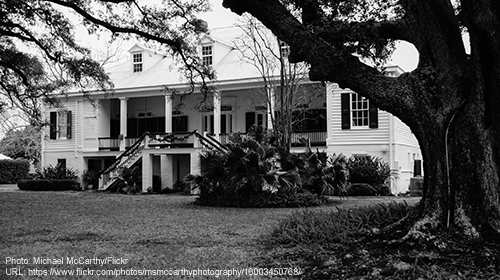 This year, our nation came close to ending a shameful, nearly century-long chapter in history that carried on the legacies of slavery and Jim Crow for domestic workers in the U.S. But on the cusp of finally bringing justice to a neglected class of workers, a federal judge put the brakes on the long-awaited solution.

Since the New Deal era, our labor laws, including those guaranteeing minimum wages and hours, deliberately excluded home health care workers who care for elderly individuals and people with disabilities in their homes. These workers – 90 percent of whom are women and most of whom are women of color – perform strenuous labor for long hours, helping those who need assistance with everything from dressing to meal preparation to eating to going to the bathroom to getting around. Yet until now – and to this very day – these workers are denied the basic protections of minimum wages and overtime pay. They are among the poorest workers in our country, barely getting by on low wages, with 23 percent living below the poverty line.

The exclusion of most domestic workers from our labor laws was a deliberate wrong. It was a legacy of slavery, during which enslaved African-American women provided household care, and the Jim Crow era, when African-American women continued to provide domestic service to white families at poverty wages. The low value traditionally placed on domestic work was also rooted in gender stereotypes that viewed this work as something less than real work, deeming it unworthy of legal protections. When the 1938 Fair Labor Standards Act was passed, guaranteeing minimum wages and standardizing hours, it codified this history of bias, and it was interpreted to exclude domestic workers (as well as agricultural workers, many of whom were African-American and immigrant men, also a legacy of slavery) from its protections.

Congress amended the Fair Labor Standards Act in 1976 to bring domestic workers within its protections, but the law was still interpreted to exclude many long-term care workers. In the decades since then, the home health care industry has exploded into a multi-million-dollar sector. Part of this massive growth is due to the welcome fact that, unlike in decades past, many more people who need care are now living in their homes, rather than in institutions. In addition, the portion of the population that is 65 or older has burgeoned, from 8 percent in 1950 to nearly 13 percent by 2009. Yet the growing workforce providing care is still working under pre-1938 conditions, with no guarantee of minimum pay or overtime.

After years of advocacy, the Department of Labor issued rules in 2013 that would finally bring home health care workers into the economic mainstream and grant them the basic minimum wage protections that most workers take for granted. The rules required workers who are employed by third-party agencies to be paid minimum wages and overtime, and they also narrowed the definition of the casual babysitters and elder companions who would remain exempt from wage protections. The ACLU advocated for these rules and celebrated their announcement.

Early this year, however, a federal judge in the District of Columbia struck down the rules as being beyond the scope of the Labor Department’s authority. The government has appealed, and last week the ACLU, along with the ACLU of the Nation’s Capital and Legal Momentum, filed a friend-of-the-court brief, joined by many civil rights and women’s rights organizations, urging the federal court of appeals to reverse the lower court’s decisions and uphold the rules. We argued that the exemption of long-term care workers from the labor laws was wrong, a product of racial biases and gender stereotypes that Congress intended to get rid of and that the department’s rules appropriately eliminated.

It was never right to deny predominantly African-American and immigrant women workers fair wages for the work they do providing care at home. It is certainly not right today. Congress and now the federal government have acted to put this shameful legal exemption where it belongs: in the dustbin of history. Now it’s time for the courts to do the same.