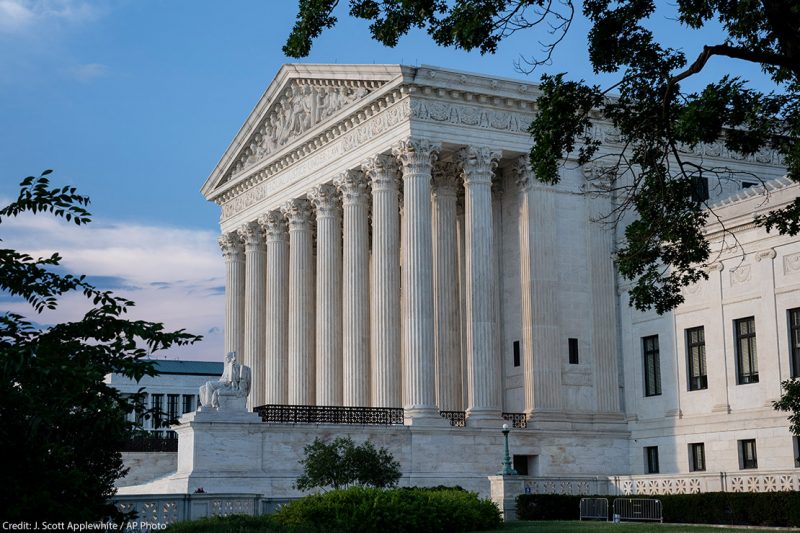 Congress must pass the John Lewis Voting Rights Advancement Act to protect the right to vote for all.

Today, the Supreme Court decided two Arizona voting laws were not racially discriminatory and did not violate Section 2 of the Voting Rights Act of 1965 (VRA) in Brnovich v. Democratic National Committee. The VRA is a landmark piece of federal legislation that prohibits racial discrimination in voting. As Justice Kagan wrote in dissent, the VRA “represents the best of America … It marries two great ideals: democracy and racial equality.” Congress enacted Section 2 of the VRA to address discrimination imposed by voting laws — no matter how blunt or subtle — considering local circumstances and history, as the ACLU and ACLU of Arizona described in their amicus brief.

The court’s decision does not prevent challenges to discriminatory laws under the VRA, and it did reject some of the most extreme arguments made by the laws’ proponents. But it takes a sharp turn away from vindicating Section 2’s purpose and sends another signal to states that federal courts will not stop newly passed suppressive laws, except perhaps in the most egregious and shockingly discriminatory circumstances.

Even former Justice Antonin Scalia, a notoriously conservative judge nominated by President Ronald Reagan, recognized that Congress passed Section 2 of the VRA to serve as a “powerful … weapon with which to attack even the most subtle forms of discrimination.” But the court today rejected an approach to evaluating whether a voting practice violates Section 2 that considers the actual barriers that voters of color face in light of restrictive voting laws, as a result of the history of discrimination, socioeconomic conditions, and other local circumstances. Instead, it adopted a reality-divorced approach that focuses on theoretical opportunities that a voter might be able to access in order to vote, and other factors divorced from the Act’s text and purpose such as the state of voting laws in 1982, when Section 2 was last amended. While the court frames its ruling as narrow, fact-driven, and providing mere guideposts rather than a strict test, the history of another case — a decision rejecting a challenge to Indiana’s voter ID law — offers a cautionary tale about its consequences.

In 2008, the Supreme Court decided Crawford v. Marion County Election Board, holding that Indiana’s new photo ID law did not violate the Constitution by unduly burdening the right to vote. The court admitted that there was no evidence of any in-person voter impersonation fraud in Indiana, the only kind of fraud that an ID law might prevent. But it declined to strike down Indiana’s entire photo ID law, as the plaintiffs in that case sought, because it believed there was not enough evidence of the magnitude of the impact of the law, like the number of registered voters with photo ID. The court did acknowledge that the law would impose a “somewhat heavier burden” on certain discrete categories of people. In doing so, it suggested a roadmap for future, more limited challenges, where discrete groups of voters might be able to obtain narrower wins alleviating a law’s heaviest burdens.

Despite this supposedly limited ruling, federal courts have relied repeatedly on Crawford to reject constitutional challenges to restrictive voting laws. Even though Crawford theoretically left open a pathway to success, the constitutional theory that the Crawford plaintiffs relied upon has rarely been successfully used since — with one major exception. In Fish v. Schwab, the ACLU successfully challenged a Kansas law promoted by Kris Kobach which “denied approximately 30,000 would-be voters’ registration applications” without actually addressing any real problem of voter registration fraud.

While the court’s ruling today preserves Section 2 as a means to challenge discriminatory voting restrictions, the approach adopted by the court may well be used by courts to routinely reject challenges brought under Section 2 of the VRA — much like courts have done with constitutional challenges in the wake of Crawford. These decisions, along with Shelby County v. Holder in 2013 — when the court eliminated the requirement that states with a strong history of discriminatory voting laws receive preapproval for new voting laws by a federal court or the Department of Justice — send a plain message.

While voting rights advocates like the ACLU will continue to challenge discriminatory voting laws in court, case-by-case litigation alone will not solve this country’s deep voter suppression problem. As Justice Kagan underscored in her dissent, the court’s decision comes “at a perilous moment for the Nation’s commitment to equal citizenship … in an era of voting-rights retrenchment — when too many states and localities are restricting access to voting in ways that will predictably deprive members of minority groups of equal access to the ballot box.”

To defend our democratic right, Congress must pass the John Lewis Voting Rights Advancement Act to more explicitly protect the right to vote, expand registration and voting access for all communities, and reinstitute a preclearance procedure for states and localities that repeatedly enact discriminatory voting laws.