The White House Can Do More to Expand Voting Access 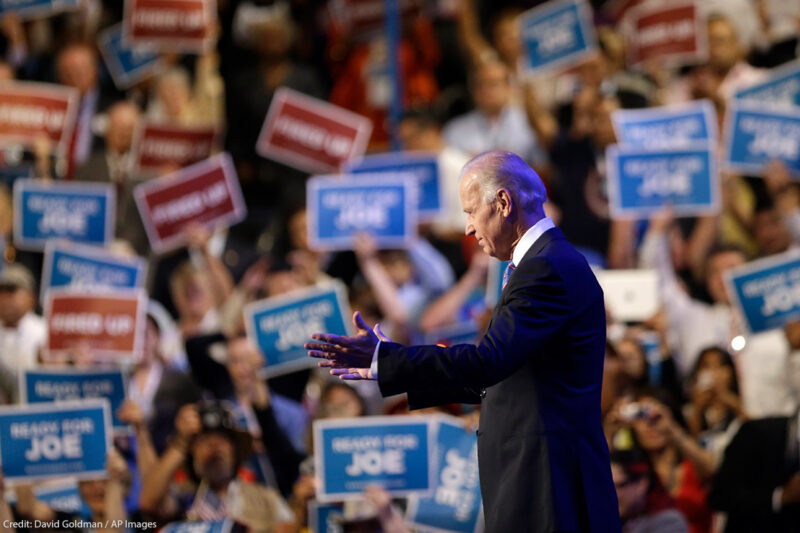 Biden has made progress implementing his executive order to promoting voting access, but more work is needed.

One year ago today, President Biden issued an executive order directing federal agencies to conduct effective voter registration. Given the onslaught of attacks on voting rights across the country, this executive order on Promoting Access to Voting was imperative, and is an unprecedented opportunity for the federal government to provide meaningful opportunities to register to vote and expand access to the ballot for millions of Americans.

Although we applauded President Biden for issuing this voting executive order, this does not replace the need for federal legislation to protect the right to vote. We urge Congress to cement the legacy of the Voting Rights Act and guard the rights of all Americans by passing the John Lewis Freedom to Vote Act. This federal legislation would restore the protections of the Voting Rights Act.

The voting executive order is unprecedented because it encourages federal agencies and states to embrace the original intent of the National Voter Registration Act of 1993 (NVRA), which contemplates that the federal government should provide voter registration services. Regrettably, before 2021 this provision of the NVRA, which was specifically designed to engage the federal government, has been largely untapped. The NVRA permits federal and nongovernmental offices to be designated as additional voter registration agencies. Biden’s executive order strongly encourages implementation of this underused provision.

The good news is that since the voting executive order was issued, a number of federal agencies have made firm public commitments to increase access to voting information and expand voter registration opportunities, including:

While we are very encouraged by this progress, we implore the federal government to do more. There are many additional federal programs where following the NVRA model for providing voter registration services would be easy and effective. For example, robust voter registration services should be provided by U.S. Citizenship and Immigration Services at all naturalization ceremonies, and an opportunity to register to vote should be incorporated into the Free Application for Federal Student Aid administrated by the Department of Education. Newly naturalized citizens and younger people like college students are both underrepresented in our electorate, and incorporating voter registration services into these programs would provide great opportunities to address this underrepresentation.

It is not just federal agencies that need to act. Despite the strong commitment to fulfill the intent of the NVRA illustrated by the administration’s executive order, to date, no state agency has taken advantage of the provision which would allow any federal agency to become a voter registration agency under the NVRA within their state. There have not been any requests from states to federal agencies to become NVRA voter registration agencies, even though both the Small Business Administration and the Department of Interior have made public commitments that they would accept such requests. We implore state election officials to immediately take advantage of the opportunity this executive order would present.

In issuing the executive order, the administration demonstrated its strong commitment to ensuring unfettered access to the ballot. Now, the order must be implemented expansively and comprehensively.