Calling 911 Shouldn’t Lead to an Eviction 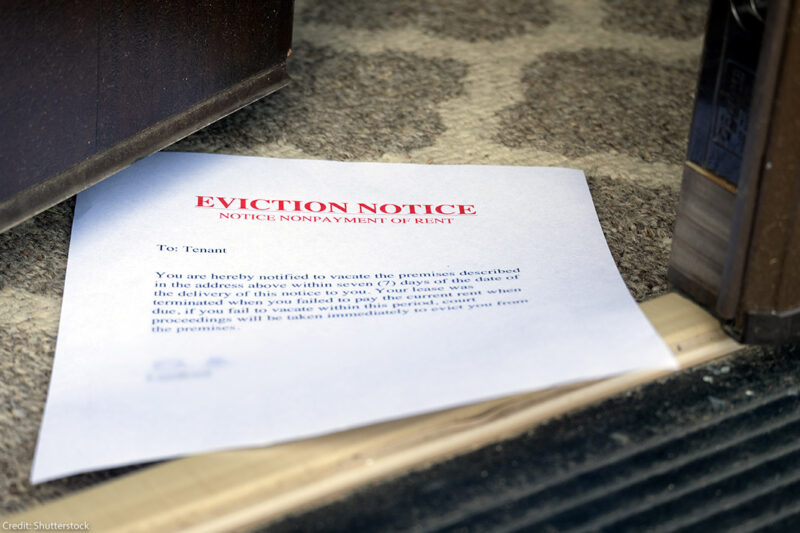 The reauthorization of the Violence Against Women Act will help ensure that people who report emergencies don’t get evicted as a result.

Last week, the federal government took a major step toward ending policies that disproportionately result in the eviction of domestic violence survivors, families of color, and people with disabilities — simply because they place a call to 911 for help.

The latest reauthorization of the Violence Against Women Act (VAWA) guarantees the right to report 911 emergencies from one’s home. This means that cities cannot require or threaten evictions or lease non-renewals, impose criminal penalties or fines, refuse to issue rental licenses, or close properties when residents exercise their rights to seek assistance.

The legislation responds to municipal policies that are widespread but usually operate with minimal community awareness or oversight. Cities have enacted local “nuisance” ordinances or adopted “crime-free” housing programs that punish residents who call 911 or who simply live in properties where criminal activities occur, regardless of whether the tenant is at fault. Police departments are typically charged with enforcing these policies, often pressuring landlords to evict families or bear heavy fines or other consequences. They generally provide no notice or process for tenants to contest alleged violations. Tenants find themselves faced with a horrible dilemma: stop seeking help or risk losing their homes.

Research shows that these policies particularly harm communities of color, low-income households, people with disabilities, and domestic violence survivors. For example, a study of Milwaukee, Wisconsin’s ordinance found that properties in Black neighborhoods had the highest likelihood of being deemed “nuisances,” that property owners took steps to discourage tenants from calling 911, and that nearly one third of all nuisance citations arose from domestic violence incidents, resulting in survivors’ evictions. Another study of the effect of Ohio nuisance ordinances showed similar results on survivors of domestic violence, people of color, and people with disabilities.

An ACLU report found that domestic violence made up the single largest category of ordinance enforcement in Binghamton and Fulton, New York and that in Binghamton, landlords’ most common response to a nuisance property warning was pursuing eviction against the tenants who were the subject of police response. And an investigation in Peoria, Illinois revealed that the city concentrated its nuisance ordinance enforcement against buildings with predominantly Black tenants in predominantly Black neighborhoods.

For the last decade, the ACLU, with its state affiliates and many partners, have fought these policies. We have challenged them in court, bringing multiple federal lawsuits on behalf of domestic violence survivors as well as organizations advocating for fair housing and people of color, asserting First Amendment, due process, and Fair Housing Act claims. We also have advocated for state legislation protecting residents from these local policies, enacting new laws in 10 states, as well as calling on numerous cities to refuse to enact or to repeal existing ordinances and programs. Our work succeeded in eliminating many of these harmful policies and procuring relief for tenants who experienced their devastating effects. But these efforts have tackled the issue city by city, state by state.

With the reauthorization of VAWA, all local or state governments that receive federal funding through the Community Development Block Grant Program, which disbursed more than $3 billion last year, must now comply with the new protections once they become effective on October 1. Residents whose rights are violated will also be able to seek remedies, and all governmental grantees will be required to report any policies they have in place to HUD and certify the steps they will take to come into compliance.

Home is not just an address. It is central to all of life’s opportunities — what services, health care, jobs, schools, and transportation people can access, and where we build community with other families. For survivors of domestic violence, secure housing is key to leading lives of dignity. The enactment of these federal protections will ensure that residents can seek emergency assistance without fear of losing their homes.