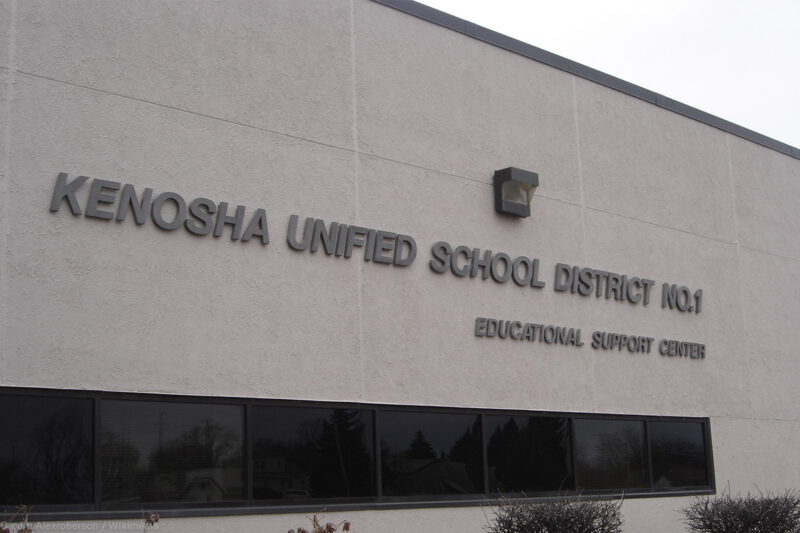 The cheerleaders at Tremper High School in Kenosha, Wisconsin, looked forward to the annual spring banquet as a time to celebrate their hard work in the company of over 100 friends and family members. What they never expected was for the banquet to become a humiliating exercise in body shaming.

In the banquet hall of a Kenosha restaurant in March 2018, the cheer coaches presented some squad members with “most improved” and “hardest worker” awards as the crowd applauded and snapped photos. Yet not all of the awards celebrated the cheerleaders’ hard work and athleticism.

These three young women were not the first to receive objectifying awards. The largest breasts and buttocks awards were also handed out during the 2017 cheer banquet. Additionally, a cheerleader with brown hair received a blonde wig as an award because she was deemed a “ditzy girl.”

After the 2018 banquet, concerned parents and a coach of another team complained to the Tremper principal and the Kenosha Unified School District (KUSD) leadership. The coach emailed the principal, “I feel that I need to tell you this for the protection of these girls . . . . I don’t think it takes much to see that this is extremely degrading to women.”

She also directly contacted the lead cheer coach to discourage her from objectifying squad members. The cheer coach responded, “I honestly don’t feel that I need to explain myself about how we ran our banquet. Actually we have ran it this way for years and have never had a problem.”

An ACLU client, the mother of a cheerleader and an attendee of the banquet, followed up persistently with the school and KUSD leadership about her concern that the cheer awards sent a harmful message to her daughter and other cheerleaders. Administrators repeatedly brushed her concerns aside, insisting that the awards were just a joke.

Yet a memo the ACLU received through an open records request reveals that a KUSD human resources official tasked with investigating the complaints did not share the leadership’s cavalier attitude. After interviewing the head cheer coach about the incident, she instructed the coach to submit her resignation. The principal rejected the official’s recommendation and told the coach that “she was welcome back” the following year. The coach is still leading the cheerleading team to this day.

Unfortunately, the cheerleading awards are not an isolated incident. They are part of a broader culture of body shaming, victim blaming, and harassment throughout KUSD.

Last year, KUSD students took aim at the district’s sexist dress code, which unfairly targeted female students by banning styles of clothing that they disproportionately wear such as leggings, yoga pants, and tank tops. The school board eventually bowed to student and community pressure by amending the dress code after female students testified about how teachers who enforced the dress code degraded them in front of their peers and forced them to miss out on classroom time.

Most recently, in December 2018, students at Bradford High School in KUSD were instructed to watch a movie as a part of their health curriculum in which a college freshman, Melissa, is drugged and raped by a fraternity brother. The students were then told to fill out a worksheet that asked, “What could have Melissa done differently to have avoided her sexual assault (provide at least 4 examples)?” This question squarely places the blame for a sexual assault on the female victim, rather than the male perpetrator who drugged and raped her.

On Tuesday, the ACLU sent a letter to KUSD raising concerns about the troubling pattern of victim-blaming and body shaming that these incidents represent. We argue that the district’s failure to respond appropriately violates federal and state laws that prohibit sex discrimination, including Title IX. That groundbreaking civil rights law, passed in 1972, requires schools to respond appropriately to incidents of gender-based violence and harassment and prohibits school officials from treating female students as sexual objects or blaming them for the harassment they face. Wisconsin’s Pupil Nondiscrimination Law contains similar prohibitions against sex discrimination.

Far too often, school districts look the other way when students file complaints regarding sexually degrading treatment. Yet if adolescents are taught that body shaming and harassment are acceptable, they will carry these messages with them for the rest of their lives. And if schools teach students that victims of gender-based violence are even partly at fault, how will we ever eradicate the workplace sexual harassment that the #MeToo movement has proven is rampant throughout the country?

That is why the ACLU is demanding mandatory anti-harassment training for all KUSD employees, including teachers and coaches, and that the district take immediate steps to reform its health curriculum to eliminate victim-blaming. Public educators who objectify female students’ bodies are not only conditioning girls and young women to normalize sexual harassment — they are also violating the law. We hope KUSD will step up and send the message loud and clear to its students, faculty, and staff that harassment and body shaming are no laughing matter.