ACLU History: For Black Children, a Pipeline from Schoolhouse to Jailhouse

The 'school-to-prison pipeline' refers to the national trend of criminalizing, rather than educating, our nation's children. The pipeline encompasses the growing use of zero-tolerance discipline, school-based arrests, disciplinary alternative schools, and secured detention to marginalize our most at-risk youth and deny them access to education. Under this get-tough rubric, black students are far more likely than their white peers to be suspended, expelled, or arrested for the same kind of conduct at school. Black students with disabilities are three times more likely to receive short-term suspensions than their white counterparts, and are more than four times as likely to end up in correctional facilities.

The ACLU believes that all children should be educated, not incarcerated, and is working to challenge numerous policies and practices within public school systems and the juvenile justice system that contribute to the school-to-prison pipeline and the disproportionate representation of African-Americans in the criminal justice system. 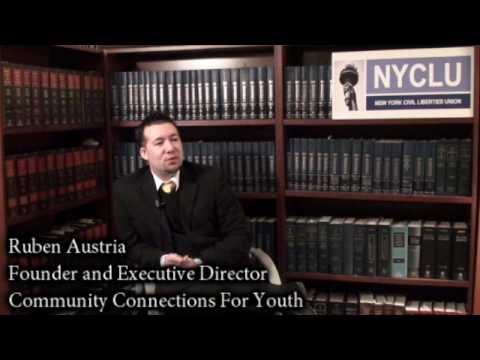