Muslim women are a fast-growing segment of the United States population that reflects the breadth of this country's racial, ethnic, and multicultural heritage and includes U.S.-born Muslims of diverse ethnicities, immigrants from many countries and regions, and converts from various backgrounds. Many Muslim women, although by no means all, practice hijab1 in accordance with their religious beliefs: these women may wear a headscarf, also known as hijab or khimar, and loose-fitting clothing when they are in public and when they are in the presence of men who are not part of their immediate family. Some women additionally cover much of their face with a covering known as niqab.

Muslim women should be free to express their religious beliefs— including choosing whether or not to wear headcoverings—free from discrimination and prejudice.

Muslim women, like all people in the United States, have the right to practice their religion. They also have the right to be treated equally and the right not to be discriminated against or harassed because of their religion, their gender, or perceptions about their nationality or ethnicity. Numerous sources of law protect these rights (see below).

These rights protect Muslim women's right to participate equally in society, whether at work, at school, at the DMV or other government offices, in the criminal justice system, or in public places.

The First and Fourteenth Amendments of the U.S. Constitution bar federal and state governments from making laws or rules that specifically prohibit women from practicing hijab. In some circumstances, however, the Constitution allows neutral rules that apply to everyone, such as a rule barring all headcoverings, whether religious or not. 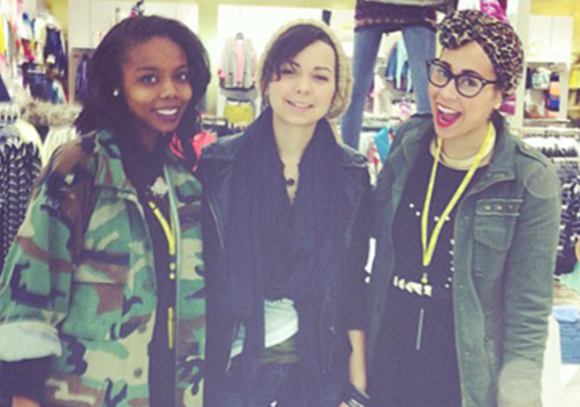 The Fourteenth Amendment and numerous federal civil rights laws bar federal and state officials and some private actors from discriminating against women who practice hijab.

The Religious Freedom Restoration Act (RFRA) provides additional protection at the federal level by barring the federal government and its officials from restricting women's ability to practice hijab (either specifically or through generally applicable rules), unless the government can demonstrate that its action was the "least restrictive means" for achieving a "compelling governmental interest."3 Although RFRA does not apply to state governments, many states have adopted their own "mini-RFRAs" or interpreted their state constitutions to provide the same heightened protections.

The Religious Land Use and Institutionalized Persons Act (RLUIPA) bars government officials from restricting women's ability to practice hijab when they are confined to any institution that receives federal funding (such as state prisons), unless the government can demonstrate that its action was the "least restrictive means" for achieving a "compelling governmental interest."4

One federal civil rights law, Title VII of the Civil Rights Act of 1964, prohibits an employer from firing, refusing to hire, or disciplining a woman because of religious practices like hijab, unless the employer can show that it offered a "reasonabl[e] accommodat[ion]" or that it could not offer such an accommodation without incurring an "undue hardship."5 The Equal Employment Opportunity Commission (EEOC) specifically states that refusing to hire someone because of a concern that customers or co-workers may be "uncomfortable" with hijab is illegal.6 Many states and municipalities have additional laws protecting employees from discrimination, threats, and harassment.

The Supreme Court also recently affirmed the rights of job applicants who require a religious accommodation, ruling in favor of an applicant who wore a headscarf that would go against Abercrombie & Fitch’s “Look Policy."

Muslim women have been prohibited from wearing their headcoverings in a number of contexts. They have been harassed, fired from jobs, denied access to public places, and otherwise discriminated against because they wear hijab. Because of their visibility, Muslim women who wear hijab face particular exposure to discrimination and have increasingly been targets for harassment in the aftermath of September 11. While it is difficult to obtain accurate statistics about discriminatory incidents, reported instances of discrimination appear to be on the rise.

The same group reported that, in 2006, there were 154 cases of discrimination or harassment in which a Muslim woman's headcovering was identified as the factor that triggered the incident.7 The most common complaint in these cases was being prohibited from wearing a headcovering, which accounted for 44 incidents.8

These Infringements Occur In A Variety Of Contexts

At work: Muslim women have been denied the right to wear a headscarf while working as police officers10 and in other occupations.11 Women also have been fired for refusing to remove their headscarves.12 Teachers in public school have been prevented from wearing religious garb, a bar that has been authorized by some state statutes and upheld by some courts.

At school: Muslim girls who wear headscarves, or whose mothers wear headscarves, have been harassed and assaulted.13 Students also have been denied the right to wear hijab to school14 and have been prevented from participating in extracurricular activities, including musical concerts15 and athletic events.16

In law enforcement contexts: Muslim women have been denied the right to wear a headscarf while in jail and courthouse detention,17 while visiting family members in correctional institutions, while accompanying family members to court, and even while working in correctional institutions. Women also have been harassed by police officers for wearing headscarves, both when being arrested18 and when they have called the police for help.

In public places: Muslim women and girls have been denied the right to enter public buildings, shopping malls,19 and swimming pools20, and amusement parks unless they submit to being searched by male guards or agree to remove their headcoverings and other garments that they wear for religious reasons.

In obtaining drivers' licenses and otherwise engaging in civic life: Muslim women have been denied drivers' licenses unless they remove their headcoverings for the photograph.21 The same has happened to women seeking to obtain passport and NSA photos.

A Number Of Employers And Correctional Settings Have Demonstrated That It Is Possible To Recognize And Accommodate The Right To Wear Religious Garb, Including Headscarves:

The Montgomery County fire department in Maryland accommodated a Muslim firefighter who chose to wear a headscarf while on duty.23

Correctional systems including the Federal Bureau of Prisons24 and the Kentucky25 and New York26 state correctional departments have policies in place accommodating inmates who wear headcoverings for religious reasons.

A majority of states permits exceptions for those who, for religious reasons, do not wish to be photographed without headcoverings for drivers' licenses.

FYI Abercrombie: Discrimination Is So Out of Style [BLOG]

Muslim Woman Sues Prison for Forcing Her to Remove Headscarf in Front of Male...