What Will End Police Violence?

It’s almost half a year since George Floyd was killed by a Minneapolis police officer and the country erupted in protest demanding change. It felt like a turning point in many ways, but was it?

Since that day, some cities and states have taken steps towards police accountability. The city of Minneapolis voted to defund their police department, Iowa restricted chokeholds, New York repealed a law that kept officers’ disciplinary records secret, and Virginia passed a law making it easier to decertify cops with a history of infractions. That’s just to name a few.

But, in many cities and states, the progress has met with resistance like in California where police unions blocked a law that would have allowed officer misconduct to end their service.

Given all that still needs to happen to address the systemic injustices of policing in this country, we are re-running a conversation we had shortly after protests erupted with our Policing Policy Advisor, Paige Fernandez.

This episode, What Will End Police Violence?, covers the following issues we work on – 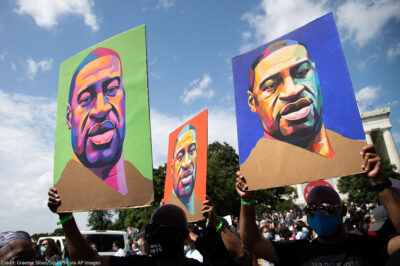