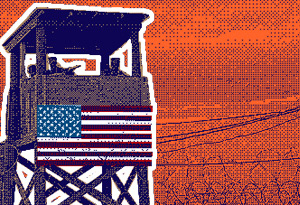 NEW YORK – Four reporters have been banned from future military commissions proceedings for reporting the name of a military interrogator who was set to testify in the pre-trial hearings of Guantánamo detainee Omar Khadr. Carol Rosenberg of the Miami Herald, Michelle Shephard of the Toronto Star, Paul Koring of the Globe and Mail and Steven Edwards of CanWest included the name of the interrogator in coverage of the Khadr trial. The identity of the interrogator had already been disclosed in previous news reports, including an on-the-record interview the interrogator gave to Shephard in 2008.

The following can be attributed to Jameel Jaffer, ACLU Deputy Legal Director:

“That reporters are being punished for disclosing information that has been publicly available for years is nothing short of absurd – any gag order that covers this kind of information is not just overbroad but nonsensical. Plainly, no legitimate government interest is served by suppressing information that is already well known. We strongly urge the Defense Department to reconsider its rash, draconian and unconstitutional decision to bar these four reporters from future tribunals. If allowed to stand, this decision will discourage legitimate reporting and add yet another entry to the long list of reasons why the military commissions ought to be shut down for good.”

Update: This release been corrected to reflect that Michelle Shephard writes for the Toronto Star, not the Sun.