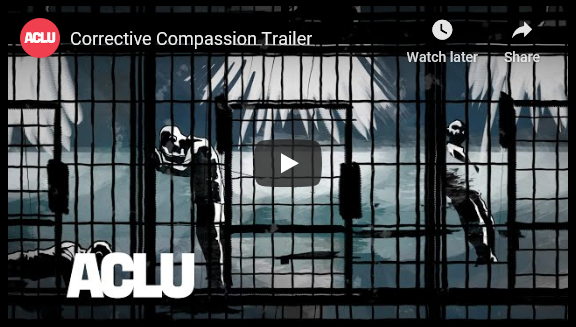 NEW YORK — The American Civil Liberties Union today launched The Redemption Campaign - Embracing Clemency, a first of its kind nationwide effort to release 50,000 people from state prisons over the next five years by executing state-level campaigns that push governors to use their existing clemency powers in new and transformational ways. The campaign will work with governors to confront mass incarceration and racial injustice by granting commutations to large groups of people who are unjustifiably imprisoned.

A poll released by the ACLU today finds widespread support for governors to use their clemency authority to correct past injustices. Eighty percent of voters support ending or shortening the prison sentences of certain people in prison. This includes 80 percent of Democrats, 73 percent of Republicans, and 81 percent of independents. Among those who have personally been a victim of a crime, 82 percent support clemency.

The ACLU’s efforts will initially focus on urging governors to release:

In the coming months, the ACLU will launch state-level campaigns to ensure governors use their clemency powers to release people in their states. This will include direct candidate engagement and voter education in upcoming gubernatorial races as well as mobilization of constituents in states across the nation.

“The Redemption Campaign will push governors to use their existing clemency powers to confront mass incarceration and racism in the criminal legal system,” said Udi Ofer, Director of the ACLU’s Justice Division. “The United States is in a mass incarceration crisis, and governors hold the key to fixing it. There is a long history of Republican and Democratic presidents and governors issuing categorical clemency to correct mistakes of the past. Yet during the tough-on-crime era, this powerful tool has been neglected. It’s time for governors to use their existing powers to unilaterally undo the harms of the tough-on-crime era and forcefully confront a racist criminal legal system.”

The ACLU will kick off the campaign with a live town hall event featuring leading activists who have received clemency, Cyntoia Brown Long and Jason Hernandez. The town hall will begin at 7:00 p.m. ET on August 5, 2020 and will discuss the need for our leaders to recognize the power of clemency in correcting the harms caused by the decades long war on drugs and tough-on-crime era.

Freeing 50,000 people is readily achievable. Of the 1.3 million people in state prisons, nearly 165,000 people are over the age of 55, and the number of older incarcerated people continues to grow. Further, there are 280,000 people imprisoned for supervision violations as probation and parole have failed to divert people out of the system and have instead become primary drivers of the mass incarceration crisis. It is clear from any metric that far too many people are being harmed by the brutal excesses of the criminal legal system — serving sentences that serve no purpose other than to punish and degrade.

A blog post by Jason Hernandez, detailing his experience with clemency, is here: https://www.aclu.org/news/smart-justice/clemency-redemption-and-justice-a-personal-story/

A blog by former prosecutor Preston Shipp on clemency is here: https://www.aclu.org/news/smart-justice/from-punishment-to-promise-the-p...