MINNEAPOLIS, Minn. — The American Civil Liberties Union and ACLU of Minnesota are jointly calling for a fair, independent, and transparent investigation following the death of George Floyd, a Black man, at the hands of Minneapolis police Monday evening.

We need you with us to build national pressure and ensure public outrage leads to action. Please join us in calling on Minnesota leadership to hand the case over to an independent prosecutor under the Attorney General’s authority.

In a 10-minute-long eyewitness video that eerily recalls the Eric Garner case in New York City, a Minneapolis police officer can be seen kneeling directly on Floyd’s neck, crushing it into the pavement. The handcuffed Floyd cries and moans at least nine times, “I can’t breathe,” and begs the officer: “Don’t kill me.”

Increasingly frantic bystanders are heard telling police to let Floyd breathe and warning them that he wasn’t moving. Yet the officer kept his body weight on Floyd’s neck for four more minutes after Floyd stopped moving. At one point, the officer brandishes pepper spray at bystanders who are pleading with police to stop. Other officers appear to do nothing to intervene or help Floyd.

“Nearly six years after Eric Garner’s death in New York — and four years after Philando Castile’s in Minnesota — this tragic video shows how little meaningful change has emerged to prevent police from taking the lives of Black people. Even in places like Minneapolis, where chokeholds are technically banned, Black people are targeted by the police for low-level offenses and are subjected to unreasonable, unnecessary violence. Make no mistake: George Floyd should be alive today. The officers responsible must be held accountable. The public has seen the video. To call this a ‘medical incident’ is an insult.”

John Gordon, executive director of the ACLU of Minnesota issued the following statement:

“You can’t watch this appalling video posted by brave eyewitnesses on social media without seeing police officers’ callous disregard for a Black man’s life, and you can’t help but conclude that yet another tragic death was both needless and preventable. Law enforcement officers too often resort to excessive force in interactions with Black and Brown people, despite their duty to protect and serve everyone.

“These interactions are not new. The systemic targeting of and use of unnecessary force against people of color is woven into the fabric of our law enforcement institutions and stems from the legacy of slavery and Jim Crow in this country. The horrifying video of the killing underscores the immediate need for a thorough, fair, and transparent investigation into George Floyd’s death. The community needs a comprehensive review and the reform of police practices and policies. The officers involved – not just the perpetrator, but also those who stood by and did nothing – must be held accountable.” 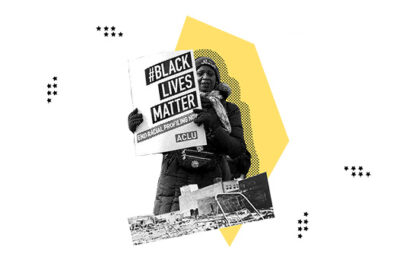