ACLU Statement on House Passage of the Build Back Better Act

WASHINGTON — Julie Sweet, deputy national political director at the American Civil Liberties Union, issued the following statement on the passage of the Build Back Better Act in the House of Representatives:

“The passage of the Build Back Better Act moves forward policies that will make our union more perfect for people with disabilities and Indigenous communities. We are pleased Congress has passed this historic first step to expand home and community-based services for those with disabilities and aging Americans, while ensuring expanded pay and protections for home care workers, predominately Black and Brown women. This bill expands eligibility for home and community-based services for millions and protects the civil liberties of our communities by ameliorating the history of segregating people with disabilities in institutions, which the Supreme Court ruled over two decades ago violates federal disability rights laws.

“We also applaud the inclusion of four weeks of paid family and medical leave. By not guaranteeing paid sick and family leave to workers, millions of people face the false choice of choosing between work — or caring for themselves or a family member. This failure has exacerbated racial, gender, and economic inequalities — as the lowest-paid quarter of the workforce, a majority of whom are Black and Latinx workers, have significantly less access to paid leave. While we still have much more work to do universally expand such leave, the Build Back Better legislation takes us a step closer to addressing this appalling gap.

“Through another critical provision passed today, Congress put protections in place for Oak Flat in Arizona — sacred land to several Tribes in the Southwest — that will prevent Indigenous ancestral homelands from being exploited by a copper mining project. As we celebrate today, we also know more work is needed for our country to fully address the injustices created by centuries of systemic inequality. We urge the Senate to act quickly to send this bill to President Biden’s desk and look forward to continuing to work with Congress and the Biden administration to build upon this historic bill.”

ACLU Statement on Immigration Provisions in the Build Back Better Package is here: https://www.aclu.org/press-releases/aclu-statement-immigration-provision…

The latest in Disability Rights 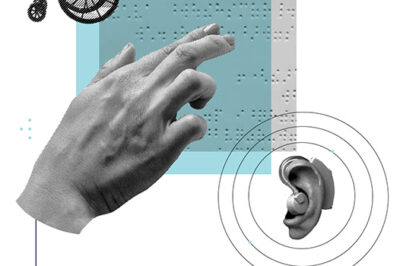 Striving for an America free of discrimination against people with disabilities, where they are valued, integrated members of society with full access to education, homes, health care, jobs, voting, and beyond.